Working Families All Over the U.S. Mobilize Against the Senate Republican Health Care Bill 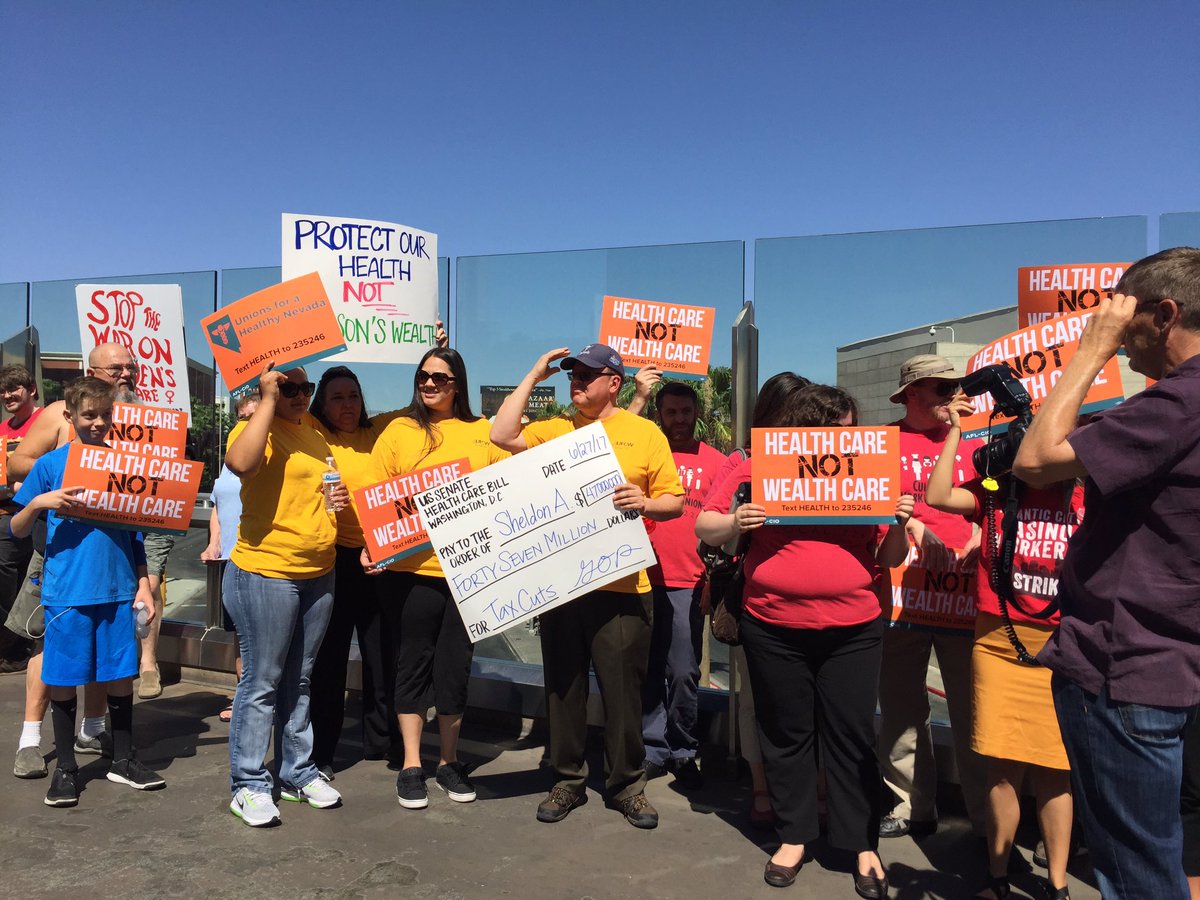 Working Families All Over the U.S. Mobilize Against the Senate Republican Health Care Bill

While the Senate Republican leaders announced they were going to postpone their vote on their version of a health care bill that actually takes away care from 22 million people, working people from across the country took to the streets to express their opposition to this cruel piece of legislation.

Check out some tweets and clips that show just a snapshot of this activity, which is expected to go into the congressional recess, where lawmakers on Capitol Hill will need to answer to their constituents:

In Bangor, Maine, working people and labor unions gathered to discuss the impacts the law would have on Mainers, including 117,900 people losing coverage, and urged Sen. Susan Collins to oppose the bill.

In Toledo, Ohio, more than 100 people gathered to raise opposition to the Senate bill.

From the Toledo Blade:

Organizers of the demonstration included the AFL-CIO, Our Revolution in Northwest Ohio, and the Ohio Alliance for Retired Americans.

But the event turned more festive in light of the afternoon’s developments in Washington.

“This should be a celebration because just a few hours ago Mitch McConnell pulled that bill for after the Fourth of July,” said Dennis Slotnick, chair of Our Revolution in Northwest Ohio. “He didn’t want to spoil people’s holiday.”

In Nevada, working families and people and their unions gathered on a pedestrian bridge on the Las Vegas strip and called on Sen. Dean Heller to oppose the health care bill, which is nothing more than a massive transfer of wealth to the richest 1%.

From the U.S. News and World Report:

Geoconda Arguello Kline: Its shameful what GOP senators are doing to working ppl, children, seniors in the Senate #Healthcarebill pic.twitter.com/0taOBrCgfe

Headline on Portman opposing health bill after it was yanked surrounded by @AFLCIO ad facts that show why he shoulda opposed it all along pic.twitter.com/MB0Ef2QNGk

#Vegas crowd out in the heat to say no to Senate #Healthcarebill #HealthcareNotWealthcare for Nevadans! pic.twitter.com/myrf0jYVgb