When It Comes to Janus, There Is Rhetoric and There Is Reality 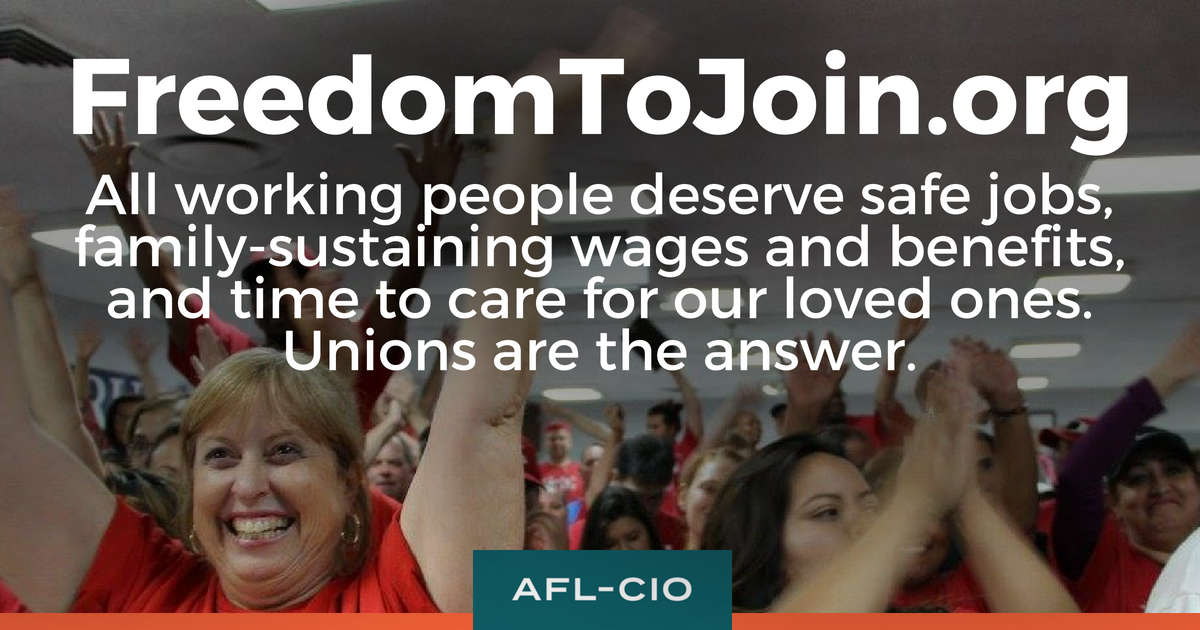 When It Comes to Janus, There Is Rhetoric and There Is Reality

Sometime in the next few weeks, the Supreme Court will decide a case called Janus v. AFSCME, Council 31, that threatens to undermine the freedom of working people to join together and negotiate for better wages and working conditions. Corporate CEOs and their allies know that working people have a much stronger voice when we speak together, so they are pulling out all the stops to silence our voices.

But the reality about Janus is significantly different than the rhetoric of those behind it. Here are some key ways how:

Rhetoric: This is about stopping unions from funneling union members’ money to politicians the members disagree with.

Reality: Plaintiff Mark Janus has always enjoyed the legal protection that he’s seeking. Not one cent of his money can be used to support any candidate’s political campaign over his objection. Period.

Rhetoric: No one should have to join a union to get a job.

Reality: Working people are guaranteed the freedom to join together in union. However, unions are required to represent all employees in an organized workplace, whether they’re members or not.

Rhetoric: This is about workers’ freedom and workers’ choice.

Reality: This is about taking away freedoms at work in order to silence workers and further enrich corporate CEOs.

Rhetoric: A ruling in favor of Janus would be a death sentence for unions and mark the end of organized labor in the public sector.

Reality: No piece of legislation or judicial decision is going to thwart the aspirations of millions of working people standing together for a better life.

Rhetoric: This case is going to sabotage the unions’ ability to mobilize in 2018 and 2020.

Reality: Working people mobilize because the issue or candidate matters to us, not because of what the Supreme Court says. We mobilized and made a difference in so many races such as the elections of Rep. Conor Lamb (Pa.) and Gov. Phil Murphy (N.J.) because we had a stake in their outcome. We’ll continue making our voices heard this year and beyond.

Rhetoric: Workers fed up with their unions are the driving force behind this case.

Reality: Janus is just the most recent public face of a long-running assault on unions funded by a dark web of corporate money and propped up by the Koch brothers’ echo chamber.

Learn more about Janus at Freedom to Join.