We Are the American Labor Movement, and We Will Not Be Denied 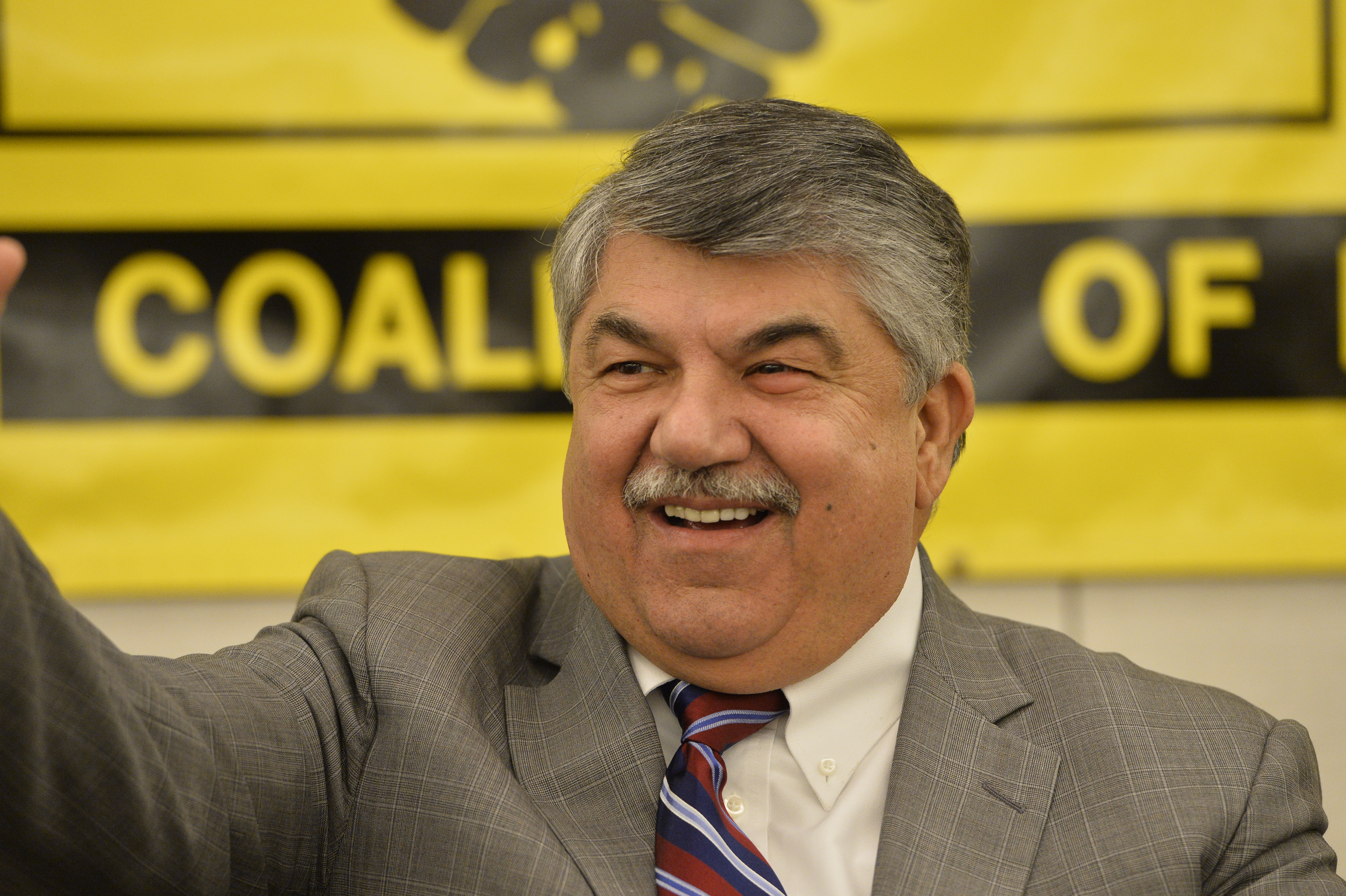 We Are the American Labor Movement, and We Will Not Be Denied

It will be our entrance to a new vision of prosperity, not a cookie-cutter America dream of white picket fences but a dream shaped by each of us, a dream in which no one gets left behind.

People are afraid we can’t get what we need, afraid that there isn’t enough or that it can’t be done. And as scared people sometimes do, some people hate those who seem needier than they are. This isn’t new. This is perhaps the central conflict that has dogged America for generations, divided or united. It’s a lesson we must learn again and again.

You see, we stand together, as diverse as America in every way, and united by our shared brotherhood and sisterhood in our labor movement, which is built entirely on togetherness. We do it because it’s right. We do it because it works. We do it because our humanity, our belief in leaving no one behind, and our embrace of the idea that our diversity is what makes us strong, binds us.

It’s no coincidence that America was founded on that same idea, unity works. Unionism is American. It is as Patriotic as the flag and the statue of liberty.

So are we. We are America. We are unionism. We represent 12.5 million women and men who have good jobs, who support their union, who need a labor movement, today, that can fight, win and grow, and be positioned to grow and thrive for years to come.

That’s our job at this convention, to represent our members while positioning our unions and our movement to grow, to give millions more the freedom to come together and bargain for good jobs and fairness.

At this convention in St. Louis, we will chart the path toward a thriving movement.

You will notice an absence here. There are almost no politicians. That’s because this is a time for conversations with each other. Us. The people in this room.

These are not easy conversations. Yet we will have them, and we’ll have them here.

There’s something radical about coming together, whether we’re here in this convention hall or out in the street on a picket line or at a march. I’ve felt it hundreds of times over my lifetime, and it never gets old.

I’m talking about how getting together can change you. You find yourself talking to people you never talked to before. You feel something, more unified, and more powerful, when you come into the same space with like-minded people who share your values and your passion and vision. How strong are our shared values?

Unity is a choice. As a labor movement, every day we make that choice. Sometimes we get it wrong, and it causes deep and lasting pain. Yet sometimes we get it right, and it’s so powerful. That’s what we want to focus on for the next four days. We want to make the right choice. We want unity.

I’ll tell you a quick story.

Not far from where we meet today, in southern Illinois to the east of us, a group of striking white coal miners, hungry and afraid, fired shots into a train of black replacement workers who had no idea the situation they had been brought into.

A handful of men, including the great United Mine Worker organizer and UMWA executive council member Richard L. Davis organized across racial lines in that environment. Davis did it. He was black, and he helped form the UMWA at our founding convention in 1890. In the face of fear, death and unspeakable sorrow, he gave us a model of solidarity that we need today.

Our shared values brought those unionists together then, and our values can and will unite us again.

Our labor movement won’t merely respond to the attacks and survive, brothers and sisters. We will thrive.

Because we’re the ones who wake America up every single morning. We tuck her into bed at night. We build the cars, planes and infrastructure, lift the loads, drive the buses and ship the goods, pour the molds, connect our cities and the world. We teach, heal and make. We package, print and bake. From the East Coast to the West Coast, north, south and everywhere in between. We make America strong. We don’t duck and run. We don’t run and hide. We are the American labor movement, and we will not be denied!