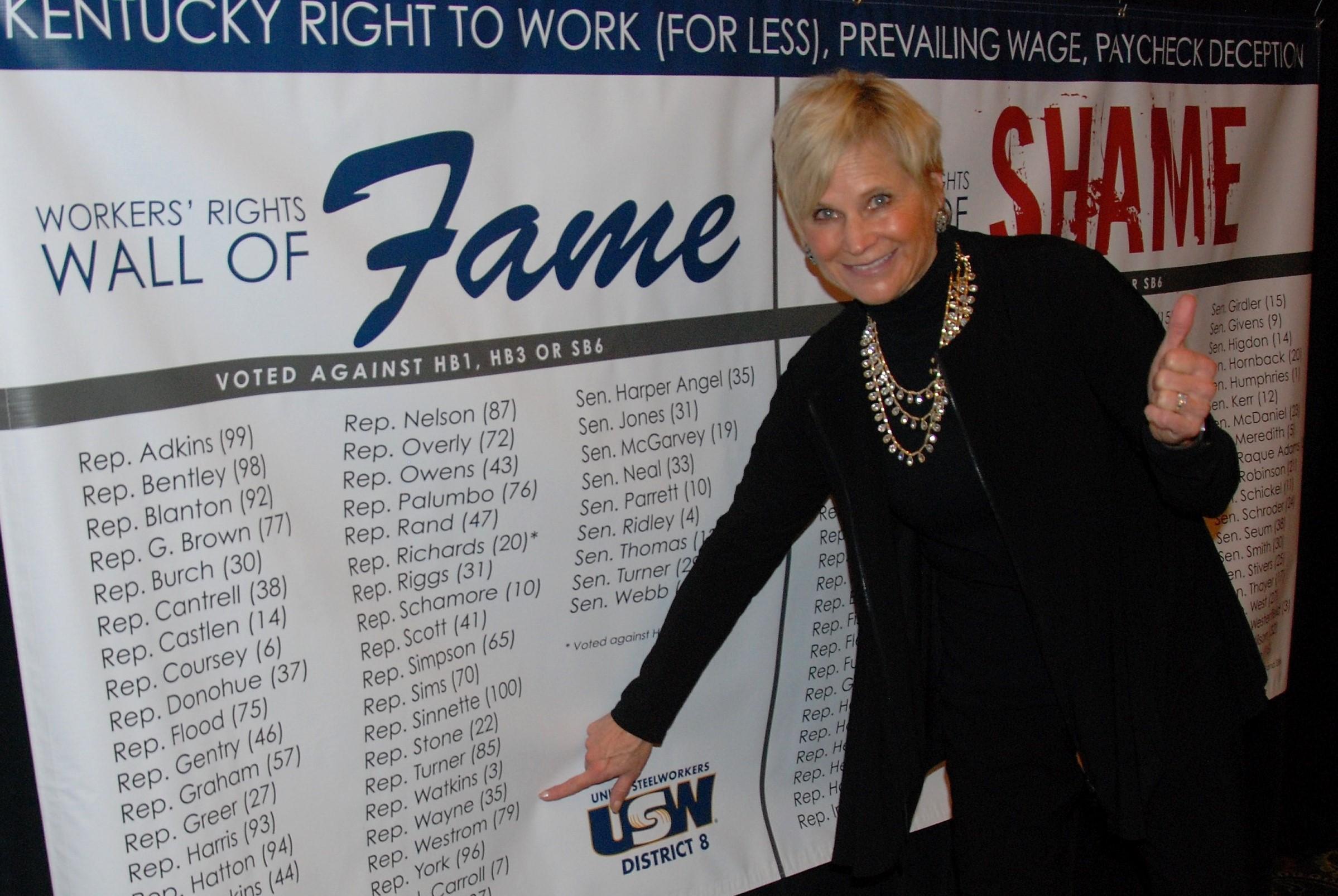 Unique United Steelworkers of America-made “Wall of Fame-Wall of Shame” banners are hitting the road in the Bluegrass State.

“We’ve now got another one you can take to as many union meetings as you want to,” Kentucky State AFL-CIO President Bill Londrigan told delegates at the federation’s recent biennial state convention in Lexington.

“We need to get the word out there to union halls and inform our members of who stands with us and who stands against us as we go into 2018. This is absolutely critical.”

The GOP-majority legislature quickly approved all three union-busting bills, though unions were able to soften the paycheck deception legislation. Printed on both banners are the names of all 38 state senators and 100 state representatives and how they voted.

Before the legislature adjourned, Billy Thompson, USW District 8 director, got the idea for a “Wall of Fame-Wall of Shame” banner. He had the second one ready for the convention.

He’s ready to loan banners to members of any union who are “willing to accept responsibility for returning them to the district office. We are delighted to assist with the display around the state.”

Thompson said District 8 is going to order two more loaner banners. Londrigan said if the banners aren’t “a road map going into 2018, I don’t know what is.”

Every Democratic senator and representative voted against the legislation, except one House member who voted for prevailing wage repeal. A few Republicans sided with the Democrats on the three measures.

After the Republicans flipped the Senate in 2000, the Democratic House became organized labor’s last firewall in Frankfort, the state capital. (The legislature can override a governor’s veto with a simple majority.)

As a result, he added, “we weren’t able to get every one of them on the record. So they could strut around a little bit and say, ‘Oh, yeah, I’m against right to work.’ They didn’t have to vote on it. But guess what, they all voted on it now.”

Union officials in other states interested in making similar “maps” may call Thompson for more information about the banners. His office phone number is 502-875-3332.