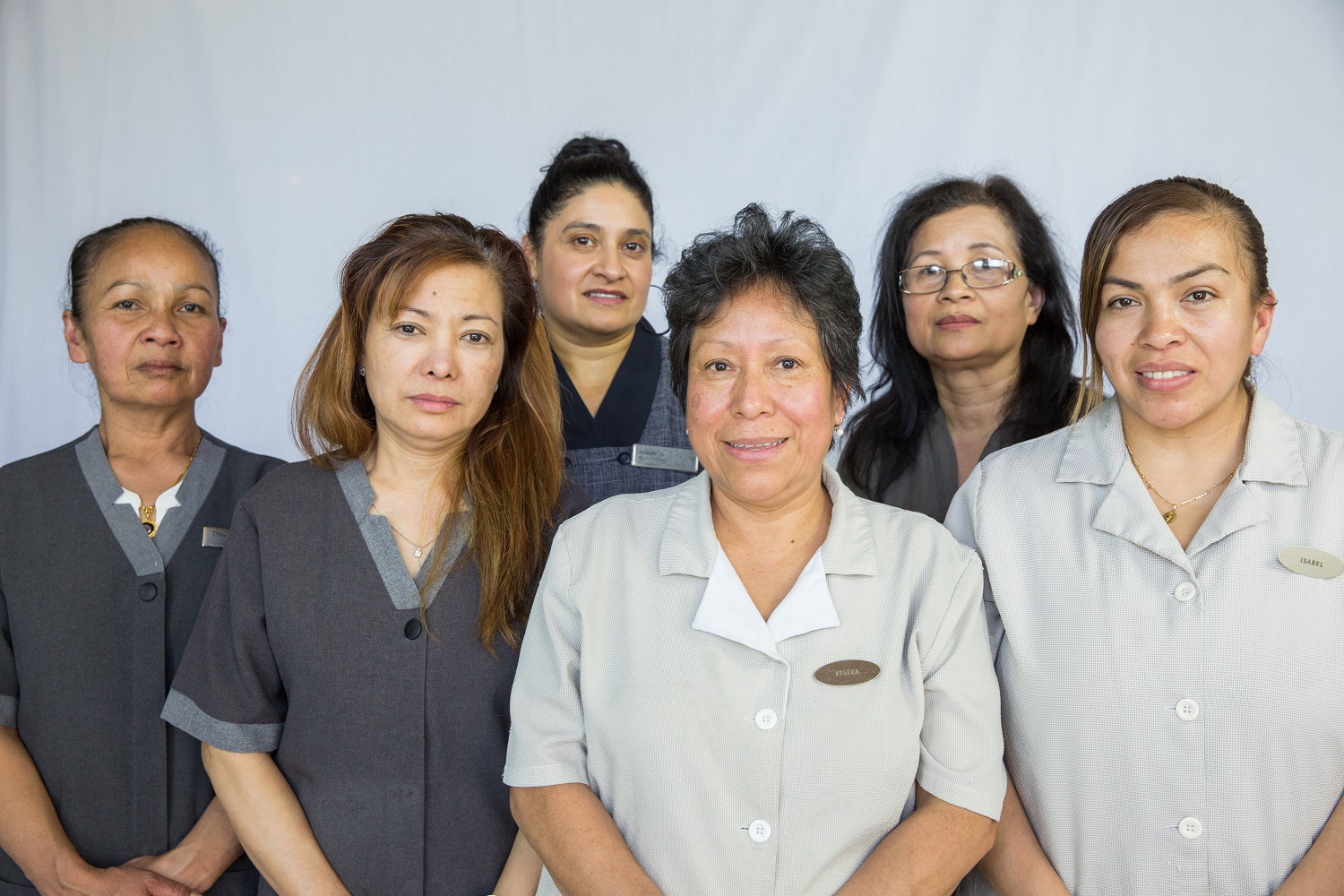 In recent years, UNITE HERE members across North America have taken the lead in challenging sexual harassment and sexual violence in the hospitality industry. The union has put the issue at the forefront of its political agenda, in bargaining new contracts—and now, in its global campaigns.

In partnership with the International Union of Food Workers (IUF) and the AFL-CIO, UNITE HERE convened a group of Marriott workers from around the world to meet in Geneva on May 29, to present Marriott International—the world’s largest hotel company—with demands on ending sexual harassment across its global operations. At the International Labour Conference, where negotiations are currently underway on a new legal standard on violence at work, Marriott workers shared their own experiences of sexual violence and harassment on the job.

As they made clear, sexual harassment is an open secret across the hospitality industry, everywhere in the world. The problem is not worse at Marriott properties. But Marriott is, increasingly, reshaping the global hotel industry through its aggressive expansion, and given its sheer size and economic power, it has the responsibility to take leadership on this issue. There are nearly 6,500 Marriott hotels around the world and, on average, a new one opens every day. Marriott’s annual profits total almost $1 billion.

The content of the global demands on Marriott reflected not only the testimony of workers in the room, but also hundreds of interviews conducted by hotel unions affiliated with the IUF in the months leading up to the meeting. Workers shared horrific experiences of guests grabbing them, exposing themselves, propositioning them and attempting rape. They made clear that the hotel industry needed to implement a set of commonsense measures:

Unions affiliated with the IUF, including UNITE HERE, have demanded that Marriott negotiate a global agreement with the IUF on sexual harassment, based on the demands above.

For UNITE HERE, this campaign builds on protections won by their members in locals across the United States. In cities like New York and Chicago, hotel workers have won panic buttons and other important measures through collective bargaining. In Seattle and Chicago, workers launched citywide campaigns and secured protections through local ordinances.

Additionally, hotel workers in the United States already have made their opinions on sexual harassment known to Marriott. On May 4, eight Marriott hotel workers attended the company’s annual shareholder meeting in Washington, D.C., demanding that Marriott—as the world’s largest hotel brand—step up and lead the fight to end sexual harassment. Instead, as they told the company’s shareholders, Marriott is part of a coalition trying to delay and block implementation of Initiative 124, the ordinance in Seattle.

In joining with hotel workers from around the world with these demands, UNITE HERE members are demanding that this global corporation negotiate a global solution to a global problem.