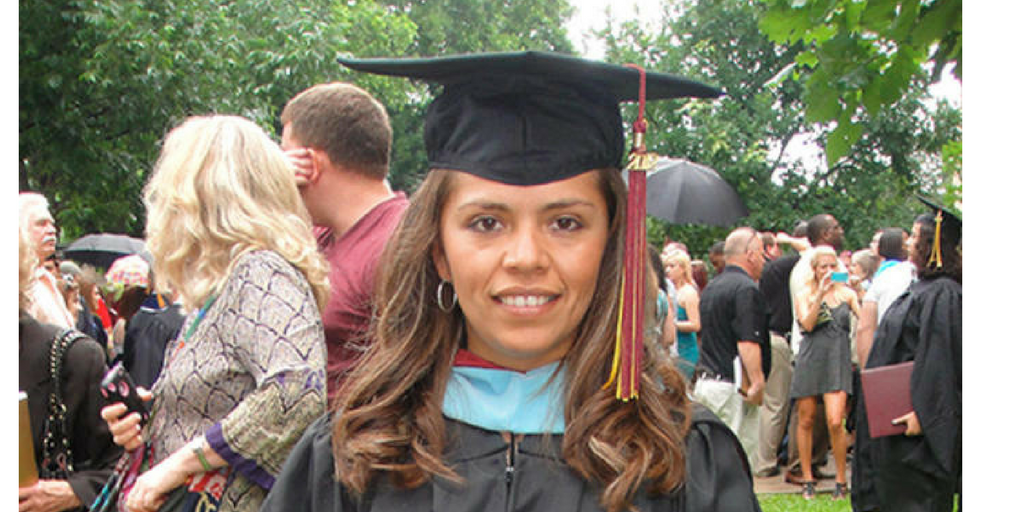 This week marks the five-year anniversary of President Barack Obama’s Deferred Action for Childhood Arrivals (DACA) program, an important time to mark the contributions of DACAmented workers to our communities and our economy. DACA has allowed hundreds of thousands of aspiring Americans and union members to live and work without fear in the United States. The labor movement reiterates unwavering support for the expansion of these much-needed deferred action programs. The following blog from Maria E. Dominguez, a first-grade bilingual teacher from Austin, Texas, demonstrates just how valuable these programs are.

On the third-year anniversary of President Barack Obama’s DACA program, I can’t help but reflect on how DACA has changed my entire life, both professionally and personally. After being granted DACA, I had the opportunity to pursue my life dream of being a public school teacher. Thanks to DACA I am able to serve my community as a first-grade public school bilingual teacher. In addition, I was able to obtain a driver’s license and travel within the United States. Another one of my dreams came true when I was granted advance parole with DACA and, in July of 2014, I traveled to my hometown in Guanajuato, Mexico, after more than 20 years. I saw my grandmother, cousins and other relatives who I had not seen in decades. It was an incredible experience for my whole family.

Many of my students’ parents would be eligible and should be applying for the new Deferred Action for Parents of Americans (DAPA) program today, if it were not being obstructed in the courts. Even though I work with very young children of immigrants, some of them understand their parents’ situation and are frightened to talk about it due to the very real threat of retaliation or deportation. I hope someday my students and their parents can live without fear and proudly say that they also have benefited from deferred action and gained work authorization. I know it would make an incredible difference in their families’ lives, just as it has for mine.

As a member of Education Austin and the American Federation of Teachers (AFT), I have been granted the opportunity to work with the immigrant community—in particular, undocumented youth. I have volunteered at the citizenship drives offered by Education Austin and at DACA forums and clinics held in partnership with University Leadership Initiative in Austin, Texas. I have helped U.S. residents fill out their citizenship applications and DREAMers fill out their DACA application as part of my commitment to Education Austin and AFT. I also have worked with community leaders to bring essential information to the parents at my school for the first time. In March, I attended the AFL-CIO’s We Rise initiative training for union members in Washington, D.C. It showed members how to begin implementing DACA and DAPA educational forums and clinics at their locals. I also have participated in conferences with AFT that focus on immigration and how we as members can work with our locals to help our community. Finally, I have shared my knowledge and my personal story as a DACAmented teacher during educational forums and teacher conferences because I believe in the power of collective action.

I could not do what I do every single day in the classroom if it were not for President Obama’s executive action on immigration. I only wish that Republicans in Congress would muster the same political courage to address our broken immigration system. DACA works, and I’m a testament of that, but it only covers a small portion of our population. It is a small fight that we won, but we need to keep working in order to see a bigger change that can benefit others who will not qualify for DACA or DAPA. We must keep fighting because there are people trying to push us back, as we see in Texas with the injunction. So we cannot give up. Even though we might only see small steps now, I know that if we keep working, we’re going to see a huge change that will benefit everyone. Immigration should not be used to score cheap political points. We’re talking about people’s lives—people like me, who want nothing more than to contribute to our communities. Join me today and call for a permanent solution to our broken immigration system. Our families and our communities can’t wait.

Editor’s Note: During the AFL-CIO’s We Rise initiative training in Washington, D.C., Dominguez said she benefited from DACA, to which AFL-CIO President Richard Trumka responded, “No, we benefited from you,” to a roomful of enthusiastic applause. at NBC News.