Two Strangers and a Lifesaving Act of IBEW Brotherhood 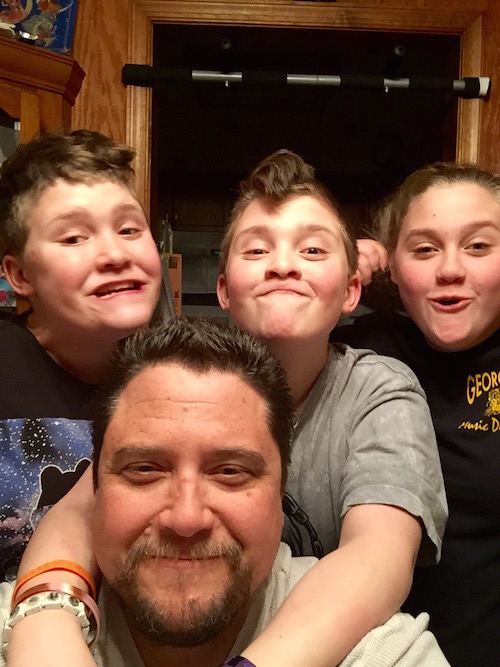 Two Strangers and a Lifesaving Act of IBEW Brotherhood

This is a story about two brothers. One, a single father from Delaware, spends his days lashed to a painful but lifesaving dialysis machine, valuable time away from his three kids. The other, a first-year apprentice from Chicago, is ready to make an unthinkable sacrifice to put an end to that suffering.

This is a story about two brothers.

One, a single father from Delaware, spends his days lashed to a painful but lifesaving dialysis machine, valuable time away from his three kids. The other, a first-year apprentice from Chicago, is ready to make an unthinkable sacrifice to put an end to that suffering.

Last August, we brought you the story of Dave Amalfitano, a journeyman wireman with Electrical Workers (IBEW) Local 313, from Wilmington, Delaware. He suffers from polycystic kidney disease, a genetic disorder that causes cysts to grow on the kidneys, inflating them to many times their normal size.

His diagnosis, which killed his father and afflicts his brother as well, requires a kidney transplant. There is no other medical solution. Without it, he’ll be tied to a dialysis machine until he dies.

So Amalfitano reached out to everyone he knew. When that failed to turn up a match, last summer he asked his business manager, Doug Drummond, to put up an appeal for a kidney donor on the union hall’s marquee. Local news coverage turned up dozens who were willing to undergo blood tests looking for a match, but none were successful.

When the electrical worker called, Amalfitano hoped to reach a wider audience, but the odds were still stacked against him—until Robert Vargas, a complete stranger, called.

“I put myself in his shoes,” Vargas said after seeing the story on the back page of the union newspaper. “I don’t know what my family would do without me, so I called Dave and told him, ‘If I’m a match, you can have my kidney.’”

Vargas, a member of IBEW Local 9 in Chicago, is a husband and is a father to 3-year-old daughter Mia. He chalks his chance encounter with Amalfitano’s story to a higher power. “God wanted me to read that story,” he said. “I don’t read the paper very often. I was brought to that page.”

After speaking to Amalfitano, he connected with a University of Maryland hospital caseworker and started a battery of tests, parting with nearly 20 vials of blood to see if he and Amalfitano were compatible.

“The results came back and our blood was a perfect match,” Vargas said. “I’d been telling people the entire time, if I pass, it’s for a reason, and now I know that reason is to save Dave and to help him live a long, healthy life with his kids.”

Now, Vargas just needs to complete a physical, which he’ll do partially in Chicago and partially at the University of Maryland, and then doctors will schedule the surgery.

“Dave and I talk almost every day now,” Vargas said. “We’ve become really close over the course of this, and I’m hopeful that the next steps happen quickly so we can get him back up and running.” 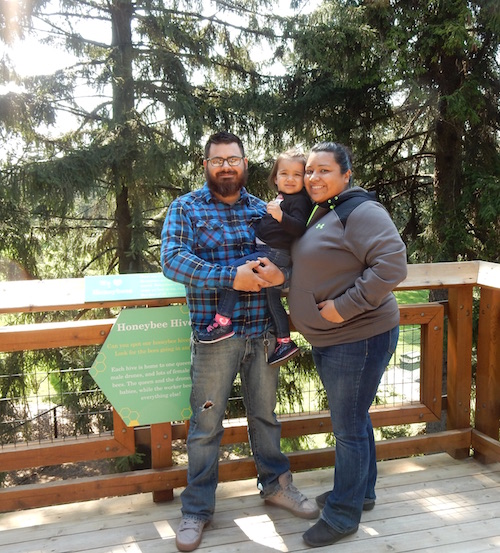 The major obstacles now are financial. Vargas is the sole provider for his family and could lose up to two months of work between doctors’ appointments, the surgery and a four-to-six-week recovery.

For Amalfitano, things have been hard since a medical complication forced him to quit working early last year. Despite an outpouring of generosity from members of Local 313 and the Wilmington community, he is in over his head financially. COBRA health insurance payments have been crippling, and the home he shares with daughter Anna, 15, and twin boys, Matthew and Leo, 13, has fallen into foreclosure.

“We’ll be OK,” Amalfitano said, “but Rob can’t make this enormous sacrifice of giving me a kidney unless we figure out a way to make up for the wages he’ll lose so he can keep taking care of his family. If we can raise enough to help save my house at the same time, that would be amazing.”

Vargas’ wife, Gabriela, has set up a fundraising page for the two of them, with the hopes of gathering enough to pay for both her family’s associated expenses and to help Amalfitano get out from under the foreclosure so he can have time to recover from the operation and return to work.

“So many people reached out wanting to help,” Amalfitano said. “But their blood type was wrong, or they weren’t a match. Rob is saving my life, but this is a way for other people who are touched by our story to help.”

IBEW 6th District International Vice President David Ruhmkorff said the sacrifice brother Vargas is prepared to make is in keeping with “the truest sense of brotherhood and solidarity.”

“It’s remarkable how the original article touched him, and it’s amazing what he’s stepping up to do,” Ruhmkorff said. “We talk about being the union of hearts and minds, but brother Vargas is showing us what the ‘heart’ part of that is really all about.”

For Amalfitano, he still hardly can believe Vargas found him and that his long, painful journey with this disease may finally be reaching its end.

“Rob is my lifesaver,” he said. “We both want this to work out so badly, and we’re so close to making it a reality. Thanks to the IBEW, thanks to the brotherhood we share through our union and, most of all, thanks to the gigantic heart of this young guy who’s willing to go through hell for me—a guy I didn’t even know until a few months ago—I can have a second chance.”

“That’s what it’s all about,” Vargas said. “I believe in second chances, and my brother Dave deserves his as much as any of us.”

You can donate to help Dave and Rob at GoFundMe.com/HelpRobSaveDave.