Time to Build: In the States Roundup 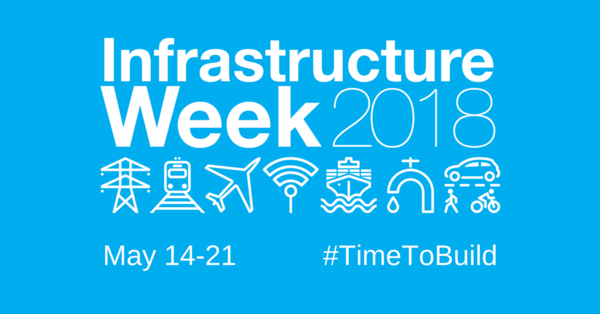 Time to Build: In the States Roundup

It’s time once again to take a look at the ways working people are making progress in the states. Click on any of the links to follow the state federations and central labor councils on Twitter.

Thanks to @RepAndyJ for his comments on the floor on this important bill. #akleg https://t.co/1VNFPBhZmX

NUHHCE nurses are taking action to help domestic violence survivors. Ask your Governor to do the same.
https://t.co/kQsRwhwG7b

MUST READ: “But the truth is, even Mark Janus himself benefits from union representation. Here are a few of the ways”

From ‘I Work with Mark Janus. Here’s How He Benefits from a Strong Union.’ https://t.co/T4mJDfZeCr #1u #JanusvAFSCME

We joined together with over a dozen labor leaders and elected officials today to show our support for #teamabrams. @iupatdc77 @ufcw1996 @AFGENational @IBEW613ATLANTA @Teamsters728 . Election day is May 22nd! pic.twitter.com/1KYJ9NjI8T

“Still a lot of working age people sitting on the sidelines”. https://t.co/y550r1VeqG

A decade of cuts has stretched public education and services to the limit, but the newly approved budget cuts continues the divestment in what we know will create thriving communities.

The non-unionized plant’s safety record is coming under scrutiny after two people were injured and more than 100 employees were evacuated when a fire and multiple explosions rocked the small mid-Michigan community on May 2. https://t.co/Os2SdJ3EIw

To meet our current and future infrastructure needs, we need to increase investment by $2 trillion by 2025. #TimeToBuild #InfrastructureWeek pic.twitter.com/a6vxay56Kz

Join the NV State AFL-CIO + Teamsters for a SuperWalk for one of our own! Come out Sat, May 19 to support Assembly Dist 12 candidate & fellow union member Susie Martinez. Susie’s been on the picket lines with us, now it’s time for us to stand with her. https://t.co/KljPAtCn2M pic.twitter.com/FJK8g3CXLs

Tell Your Representatives to Vote Against SB 193, and to Protect Public School Students and NH Tax Payers! https://t.co/JN2Ij1ZxZp

Proud to stand with @GovMurphy who signed an EO combating worker misclassification in order to promote a level playing field for workers across the state. https://t.co/Y185jWwn4l pic.twitter.com/8PQfmLkQvA

Together, we’re building a labor movement in North Carolina with the power to change our state. Join us! Text NC to 235246. Learn more at https://t.co/MDYNmjn1Ba. #1u #ncpol #organizethesouth pic.twitter.com/4YXIEuWndi

It is exactly these types of baseless assaults on teachers’ character that remind us just how critical a union voice is in protecting our educators. @TexasAFT @aft https://t.co/y38De3A0ZN

“Long backed by union support, Hamilton was one of a handful of Republicans in the Legislature to oppose right-to-work legislation, as well as the repeal of prevailing wage laws” #wvpol #UnionStrong https://t.co/2zxp9YLmno