The State of Retirement Security in the United States 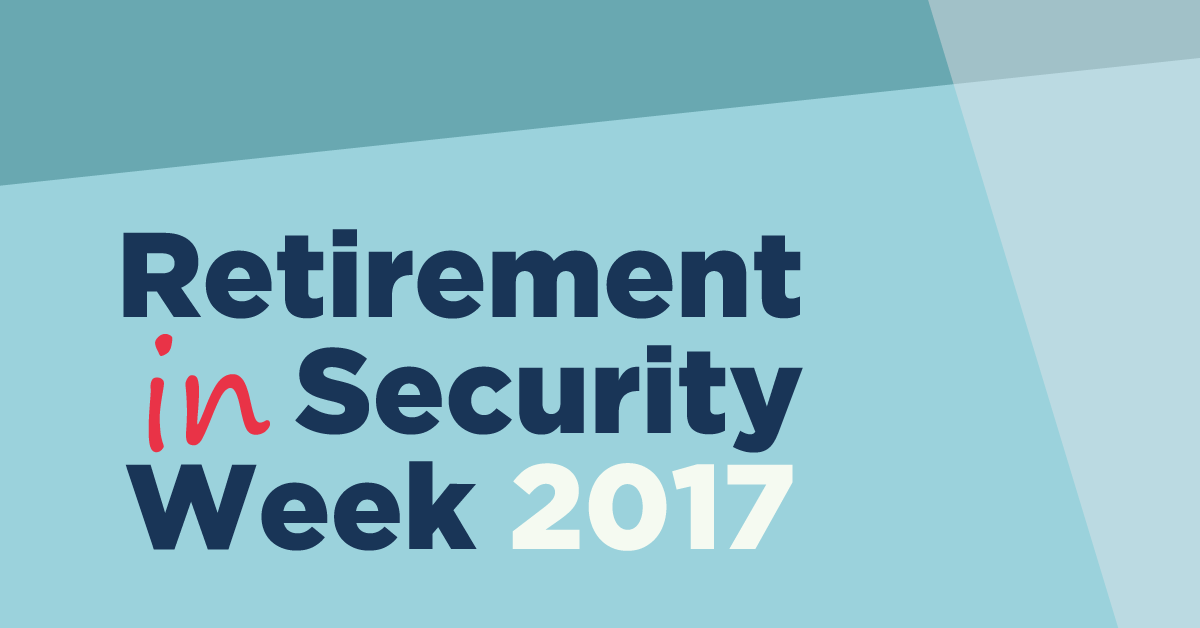 The State of Retirement Security in the United States

This week is National Retirement Security Week. Every year this week is used by the financial industry to promote retirement savings through their products and services. While we applaud the goal of promoting adequate retirement savings for all Americans, the reality is that many working families are not saving at all and are woefully unprepared for retirement. So this year, we are flipping the script and talking about National Retirement (In)Security Week.

The unfortunate truth is that many Americans are not saving enough for retirement (if they are saving at all) and will fall behind their standard of living in retirement. And they know it. According to polling released earlier this year, 88% agree that the nation faces a retirement savings crisis and 76% are concerned about their own ability to retire with security and dignity.

Among workers who do have a retirement savings plan at work, there has been a significant shift over the past three decades from defined benefit pensions to defined contribution 401(k)-style plans. According to the Center for Retirement Research, in 1983, 62% of workers had a traditional pension and only 12% had a 401(k)-style plan. By 2016, only 17% were covered by a pension and 73% participated solely in a defined contribution plan. This is a remarkable shift and has a real impact on people’s retirement security.

The Economic Policy Institute has crunched the numbers on the retirement savings crisis. Among all working age (ages 32 to 61) families, the median retirement savings amount was $5,000 in 2013. Looking only at working age families with savings accounts (since nearly half have no savings), the median amount increases to $60,000. While this is significantly more, it is nowhere close to what the typical worker will need to finance a secure retirement.

Finally, for all income levels and demographic groups, retirement income from 401(k)s, IRAs and other defined contribution plans do NOT represent a significant share of income. For all people age 65 and older, only 8% receive income in retirement through a defined contribution plan and the median amount received is $5,400. Even for seniors in the top 20%, this source of income accounts for just 12% of retirement income (no group receives more than 12%).

The reality is that retirement prospects have worsened for many working families since the Great Recession. The percentage of working Americans participating in any type of retirement plan has declined from a peak of 60% in 2001 to 53% in 2013. For many, their retirement savings amounts are lower now than they were in 2007, just before the financial crisis. As we discuss the importance of retirement security this week, it is critical to have a clear sense of where most Americans are today and the challenges that they face.

This is a guest post from the National Public Pension Coalition.