The Republican Tax Bill is a Job Killer 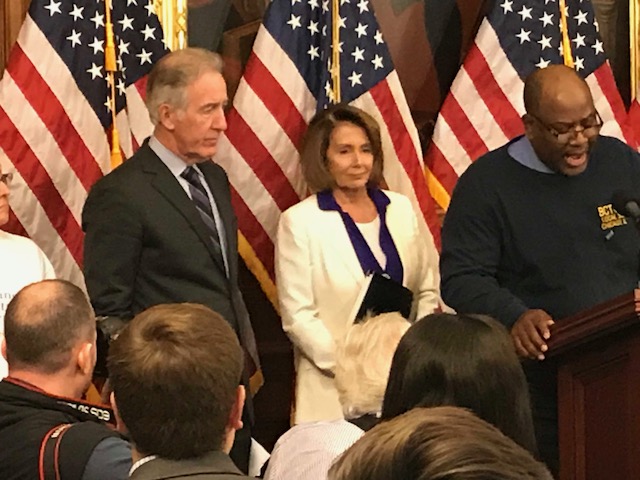 The Republican Tax Bill is a Job Killer

My name is Michael J. Smith. I am here to tell you why the tax bill is a JOB KILLER.

Up until March of 2016, I was employed at the Nabisco bakery in Chicago.

I had worked there nearly five years and am unemployed today because Nabisco/Mondelēz sent my job and the jobs of over 500 others at the bakery to Mexico.

That happened because our trade and tax laws make it easy and profitable for companies to outsource our jobs. During last year’s election, I heard a lot of politicians say it was time to change the rules to bring jobs home.

But now I see this tax bill and here’s what it says: It says that from now on, Mondelēz, a U.S. company, will pay no taxes in the United States on its profits from its Mexican plant where my job went. But it will pay taxes on the profits from its plants here in the U.S.—a 20% tax. What do you think will happen to my brothers and sisters still working in the U.S. under those rules?

Literally, this tax bill wants to pay companies like Mondelēz to move jobs like mine out of the United States. I can’t believe it.

So let me say to the people who wrote this tax bill—you must think I am nothing more than a chance to make some more money. And so is the next worker like me whose life will be destroyed if this bill passes, and corporations move more jobs and profits offshore in pursuit of the tax breaks in this bill for outsourcers.

My name is Michael J. Smith and I am not a mere statistic. I deserve to be treated with dignity and respect. I pay taxes and I demand Congress not reward companies like the one that outsourced my job with billions of dollars in tax breaks.

Let me say this one more time—this tax bill is a JOB KILLER. Someone said it is CUT CUT CUT. What it cuts is jobs.