The Purpose for Which I Rise: What I Saw at the 2017 AFL-CIO Convention 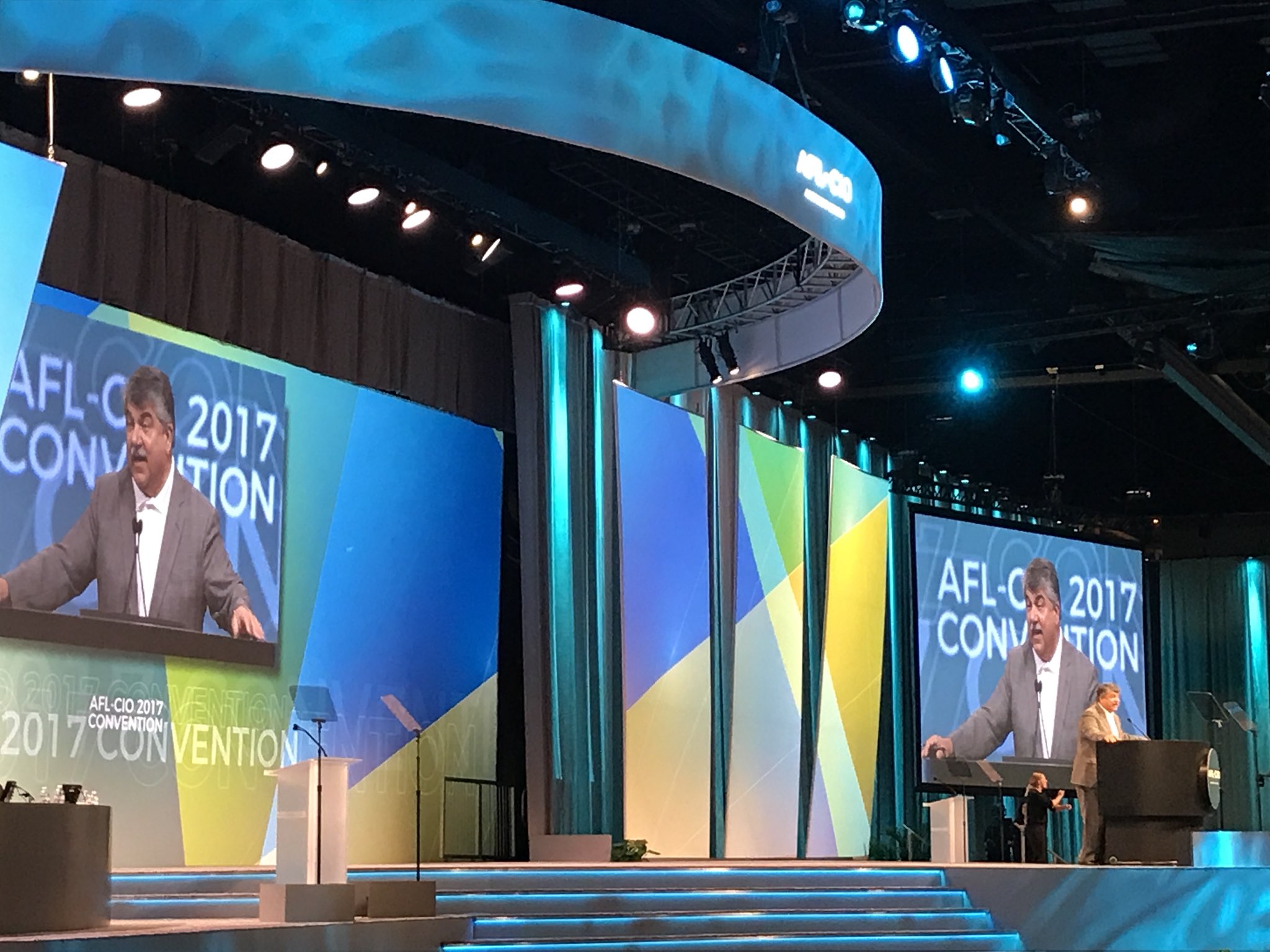 The Purpose for Which I Rise: What I Saw at the 2017 AFL-CIO Convention

Michael Gillis is a field communication specialist for the AFL-CIO. This is his recap of the AFL-CIO 2017 Convention in St. Louis last week.

I saw an election that renewed a leadership team that inspired me in profound ways. I saw a man whose confidence and calm drive I can emulate in my endeavors. I saw a woman whose competence and resolve emboldens me to pursue justice for myself and the least of my brothers and sisters. I saw another man whose back story makes me embarrassed to have ever filed a complaint about my own privileged life. I have been reintroduced to leadership that I can follow into the battles ahead.

I met a newspaper reporter who proudly announced to me that she was a member of two labor unions—one for her job reporting the news and another for her role as an adjunct professor at a local university. Her reporting was impeccable, and her pride as a union member reminded me why we fight.

I saw a labor leader denounce his own white privilege to make the case that the labor movement needed to do more to defend people of color. I saw another selflessly face down authority to stand up for a crowd of people demonstrating against clear injustices. I saw hundreds of people following her lead.

I saw a look in the eye of a veteran that told me that he’s made sacrifices that I cannot begin to fathom. I saw businessmen and women tell their story of their vision and achievement, all done through a foundational belief in the American worker.

I saw a woman whose professionalism and commitment to public health drove her to stand up for children whose lives are threatened by reckless and greed-driven policy making. I heard her announce her allegiance to the labor movement and explain how that gave her the courage to do what she did.

I saw a man rise to credit the labor movement for giving him the courage to come out as a gay man late in life. I saw a colleague power through a disease that has ravaged her body to add her voice toward our purpose. And I saw another literally sing the blues.

I saw countless people rise to share the stories from their own experiences. I saw them cry. I saw them laugh. I saw them resolve to make the world a better place.

All of this took place in St. Louis, the Gateway to the West. The labor movement is passing through a moment in time when threats and opportunity are abundant. And we are passing through an arch that bends toward social and economic justice.