The Plan Behind a Chicago Project to Lift Up Working People 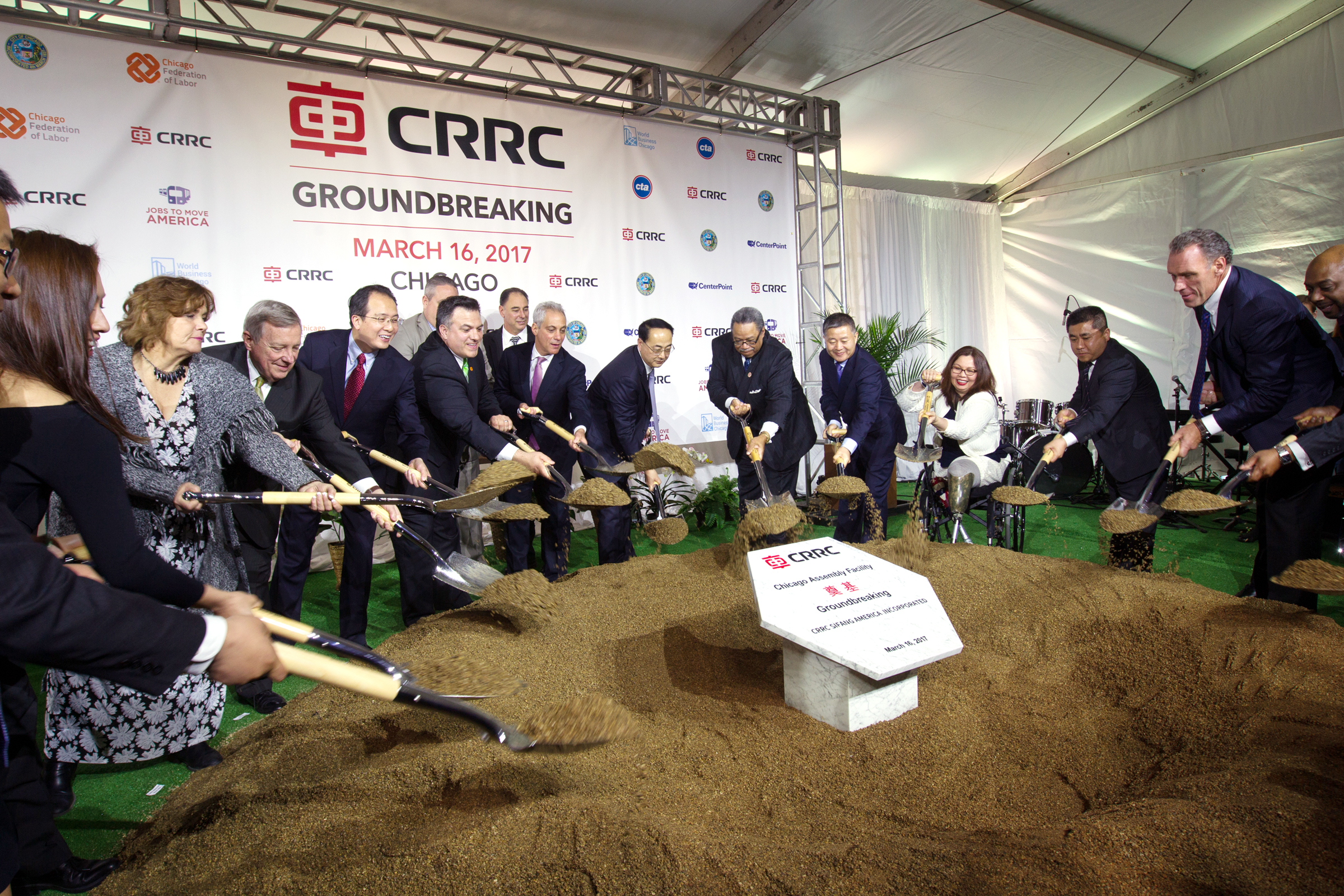 The Plan Behind a Chicago Project to Lift Up Working People

Manufacturing jobs have been on a steady decline for several years because of trade deals, technological advancements and economic recessions. Despite this, manufacturing remains one of the most important sectors of the U.S. economy, employing more than 12 million workers, or about 9% of the total U.S. employment.

American cities continue to spend billions each year to buy major equipment, such as buses and railcars for public transportation systems. This spending has the potential to support tens of thousands of good manufacturing jobs. According to the Institute for Women’s Policy Research, there will be 533,000 good middle-skill manufacturing jobs available over the next decade.

Jobs to Move Americais working with labor, business, community and governmental groups around the country to ensure money spent on building transportation infrastructure is also used to promote equity and bring manufacturing jobs back to the United States. The organization also is advocating for workforce development and training programs that prepare working people for high-skilled careers that will help them succeed in the 21st-century economy.

Jobs to Move America and community partners recently managed to ensure a project in Chicago will create good jobs and long-term economic opportunities for the community. JMA worked with the Chicago Federation of Labor, the city of Chicago and the Chicago Transit Authority for four years to ensure that the U.S. Employment Plan was included as part of the CTA’s latest $1.3 billion project, which will supply up to 846 new railcars and replace about half of the CTA’s current fleet. The employment plan is a toolbox of policy resources transit agencies can include as part of their request for proposals to encourage bus and rail manufacturers to train and create good high-skilled U.S. jobs in communities that need it most.

The company that won the contract, CRRC Sifang America committed to building a new $100 million unionized facility on Chicago’s South Side, the first in 36 years. The company will spend $7.2 million to train 300 factory and construction workers. Additionally, CRRC has signed on to a community benefits agreement guaranteeing support for South Side residents and is part of a workforce-labor-business consortium that received a $4 million Department of Labor grant to develop an apprenticeship and training program, and a pipeline into manufacturing jobs in Chicago.

The work of JMA with labor and community partners leveraged a robust manufacturing jobs program that will strengthen the middle class, stimulate increased investment in new domestic manufacturing facilitie, and create opportunities for low-income communities. Most importantly, the Chicago work has set a precedent for the rest of the country, lifting up standards and creating a model for how communities and business can and should work together.

The idea behind JMA’s work is simple. There is a need to reframe the discussion about good jobs and economic prosperity away from a “cheapest is best” approach to a broader discussion about the economic impact of using taxpayer dollars to create good jobs, especially for those historically excluded from the manufacturing sector, like women and people of color.

Take, for instance, Kristian Mendoza in the Los Angeles area, a veteran who was struggling to find a good-paying job after his service. He was forced to commute to a job an hour-and-a-half each way from his home. The job paid so little he could barely afford the gas to get there and did not have the resources to take care of his two young children.

Because of the work of the JMA coalition in Los Angeles, a U.S. Employment Plan was implemented in a project of the Los Angeles County Metropolitan Transportation Authority. Part of the agreement is a community-labor partnership with Kinkisharyo, the company that won that bid. The company committed to hiring and exploring skills training for disadvantaged U.S. workers. To date, the company has exceeded its commitments, employing some 400 workers, most of whom are people of color in a unionized factory.

Mendoza is one of the 400. After struggling for years, he has been able to move out of his family’s home and into a place close to the Kinkisharyo factory.

The JMA team is now working on multiple projects across the country, monitoring the industry for upcoming opportunities to maximize public transportation dollars and ensure there are more success stories like Mendoza’s.