Texas AFL-CIO: Immigrant Working People Will Suffer Under S.B. 4, but So Will State as a Whole 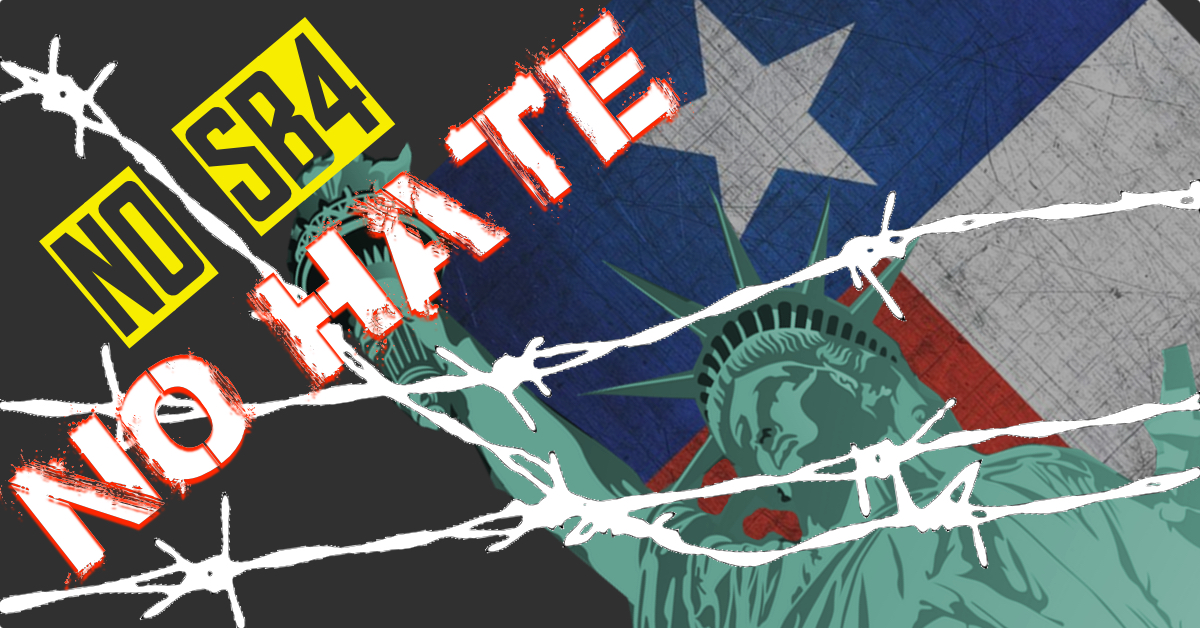 Texas AFL-CIO: Immigrant Working People Will Suffer Under S.B. 4, but So Will State as a Whole

On May 7, from the privacy of his office, and broadcast over Facebook Live, Texas Gov. Greg Abbott (R) signed S.B. 4, the harshest bill in the nation that aims to punish so-called sanctuary cities. Texas AFL-CIO President John Patrick issued the following statement in response:

S.B. 4 is a direct attack on Texas values and hardworking Texas families. Approval of this harsh, “show me your papers”-style bill that drafts local criminal justice officials into becoming an arm of the federal immigration system marks one of the saddest days I have ever spent around the Texas Legislature.

This bill will harm all working people. Immigrants do some of the hardest jobs in our state and are net contributors not just to our economy, but to our future. S.B. 4 will not only make it easier for unscrupulous employers to deny important workplace rights to immigrants, but will also undermine important labor standards for all workers.

S.B. 4 is also bad for our brothers and sisters in law enforcement who depend on the trust of those who live in the communities they police. That trust could become all but unobtainable under S.B. 4.

Worst of all, S.B. 4 will discriminate broadly against minorities in Texas, regardless of immigration status. It will increase the number of times American citizens are asked about their immigration status because of their appearance or language. By making mere detention, rather than arrest, the threshold for questioning immigration status, the law will ensnare people who are not even suspected of committing a crime.

By forcing law officers in our communities toward becoming an arm of the federal immigration apparatus, S.B. 4 will harm our economy, cost good jobs, create fear, attack constitutional rights and lead to racial profiling.

Gov. Abbott’s signing of S.B. 4 sent a larger message that Texas is OK with discrimination against immigrant families on the streets across our state. That message is dangerous and is drawing national attention. S.B. 4 is bad for working people, bad for business and bad for Texas.

We believe there is broad consensus that the U.S. immigration system is broken. But S.B. 4 will simply increase discrimination and hardship rather than point toward comprehensive immigration reform.

The Texas AFL-CIO is a state labor federation consisting of 237,000-affiliated union members who advocate for working families in Texas.