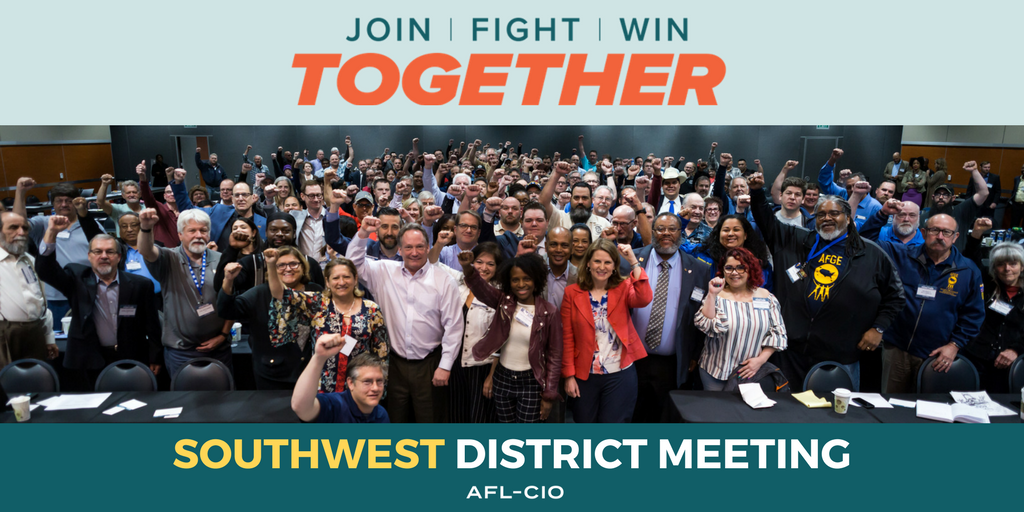 The fifth AFL-CIO District Meeting of the year kicked off in Las Vegas with a discussion about the potential for growing power for working people in the Southwest. AFL-CIO Secretary-Treasurer Liz Shuler gave the crowd of nearly 300 union leaders and activists one number to think about: 8.8 million.

That’s the number of immigrants eligible to get naturalized and on the path to citizenship.

Shuler explained: “That could mean 8.8 million workers empowered to exercise their rights on the job because they have the ultimate protection from deportation. 8.8 million new voters. And 8.8 million families that are more stable and secure.”

The Southwest District states of Arizona, Colorado, Nevada, New Mexico and Texas are home to approximately 1.5 million working people who are eligible for citizenship today. The labor movement in the Southwest is actively organizing union members to pursue naturalization. This will strengthen worker power to gain concrete protections on the job, expand and diversify the electorate, and help win the sweeping changes that working people expect and deserve.

Executive Vice President Tefere Gebre closed the panel discussion by asking attendees to move forward similar programs through their unions. He said: “This is work for all of us. We want unions to become the center of all activity on immigration in their communities. We want workers to know that it was the union who helped them to become a citizen. It is up to us if we want 8.8 million workers to join our ranks.”

A series of breakout sessions and a panel of state federation leaders from Colorado, Nevada, New Mexico and Texas focused on building upon the achievements and growth of the labor movement in the Southwest. Although labor leaders in the district have to fight against “right to work” laws and well-funded anti-worker groups, their recent victories include:

In a video message, AFL-CIO President Richard Trumka encouraged attendees to keep up the momentum in 2018:

When more union members fill the halls of power, when wages go up and inequality shrinks, when we have more pro-labor Republicans and fewer corporate-beholden Democrats, when a growing number of young people see the value of democracy, when we stop defining victory as simply not losing, and most of all, when more workers realize their own value and power, that’s when you’ll know unions are on the rise.