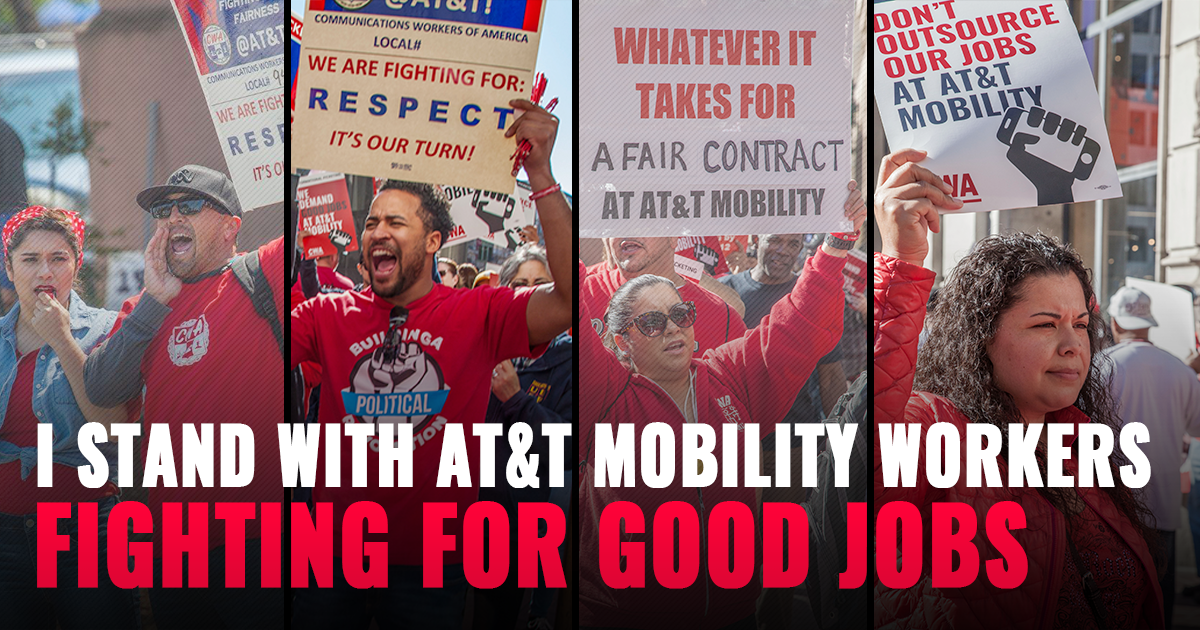 This afternoon, 40,000 working people at AT&T announced they were going on strike. After months at the bargaining table, the employees haven’t been able to win a fair union contract. AT&T’s leaders seem dead set on lining their own pockets at the expense of workers making them billions.

The strike includes 21,000 retail and call center workers employed by AT&T Wireless across the country (in 36 states and Washington, D.C.), and 19,000 AT&T West and DIRECTV employees in California, Nevada and Connecticut. This is the first time AT&T wireless workers have gone on strike, which could result in closed retail stores this weekend, and may be the largest strike of retail workers at a national company is U.S. history. The workers plan to return to work on Monday.

Show your support for the striking workers at an AT&T retail store this weekend. Find a location near you and RSVP. If you can’t join a picket line, send an email to AT&T CEO Randall Stephenson saying you stand with working people fighting for good jobs.