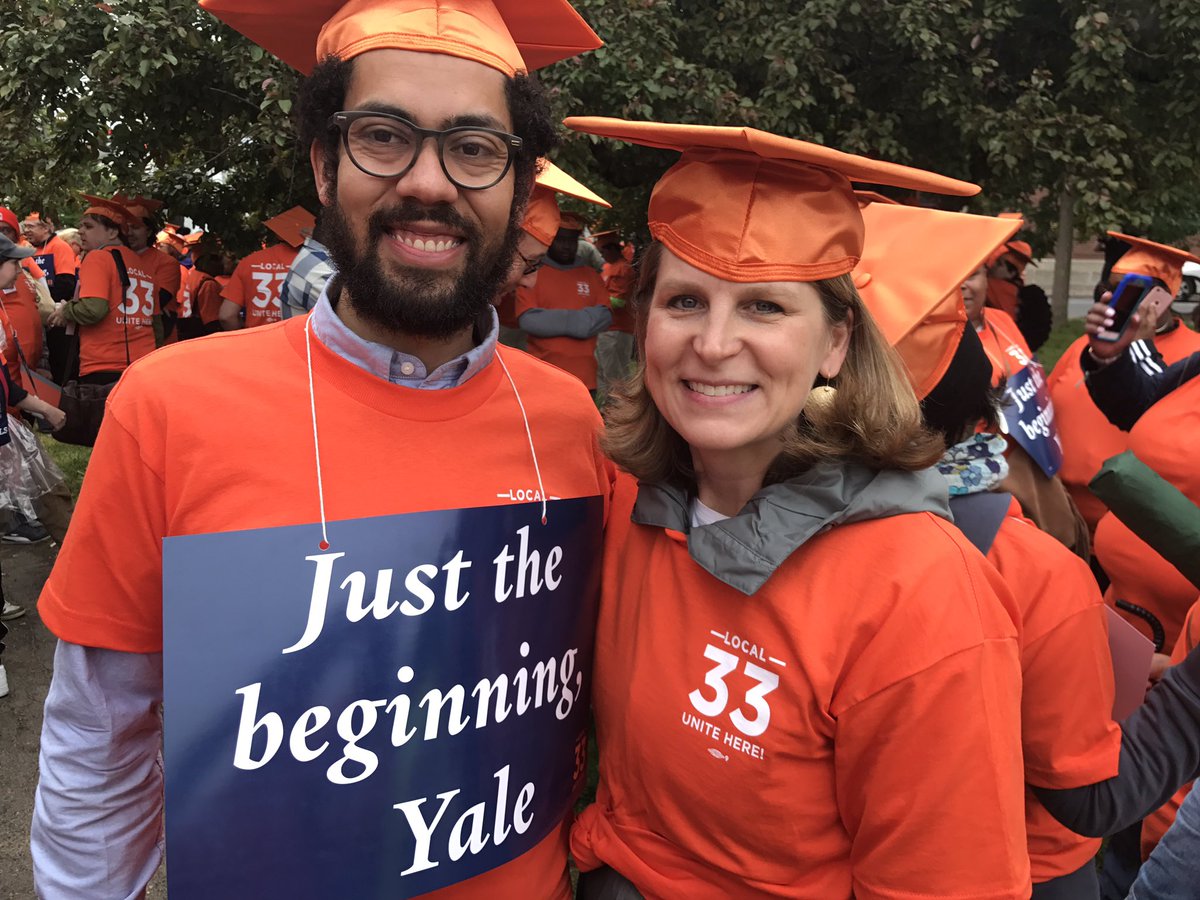 Thousands of supporters rallied today at Yale University’s commencement in solidarity with the graduate teachers who formed a union with UNITE HERE Local 33. The university has refused to recognize the union and come to the negotiating table.

Eight union members who were on a hunger strike broke their fast today.

Let me read you a bit of Yale’s mission statement.

Yale is committed to improving the world today and for future generations….We carry out this mission through the free exchange of ideas in an ethical, interdependent, and diverse community of faculty, staff, students, and alumni.

So my question is this: How are you improving the world by denying student-workers a voice on the job?

How are you fostering a free exchange of ideas by refusing to bargain?

Do you really want Yale to be the Walmart of the Ivy League?

Do you really want Yale to be the Walmart of the Ivy League?

Shuler reminded the university that under the law, graduate teachers are employees. Some have speculated that Yale’s stalling tactics are because it hopes a newly engineered National Labor Relations Board put in place by the Trump administration could roll back gains won by graduate teachers.

They work. For pay. And they voted democratically to form a union.

It is time for Yale to acknowledge what is right in front of them.

Brave, proud union members who decided to make this campus their home.

When these student-workers look at that Yale degree on the office wall of whatever amazing job they do next, will they remember a university that did right by them? Or will they remember just another employer that made their lives harder for power and greed?

Yale, you can fix this today.

If you need someone to beat, stick to Harvard.