On May Day, Working People Across Borders Are United to Build Power 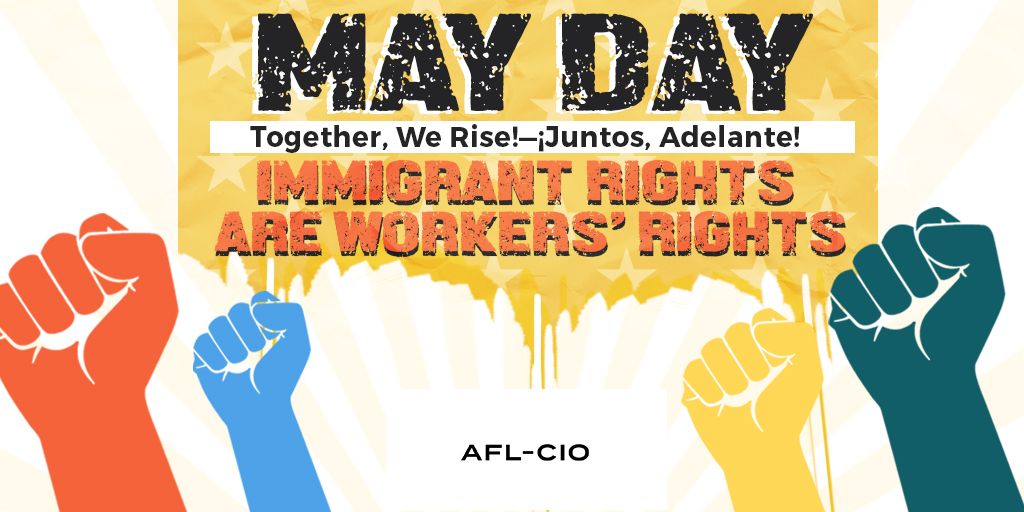 On May Day, Working People Across Borders Are United to Build Power

Throughout North America and globally, May 1 is a day to remember and respect workers’ rights as human rights. As working people take to the streets in communities around the world, a quieter but equally important movement of workers on both sides of the United States–Mexico border has been growing.

Whatever language we speak and wherever we call home, working people are building power, supporting labor rights and fighting corruption—and we’re doing it together.

Our agenda is simple. We oppose efforts to divide and disempower working people, and we oppose border walls and xenophobia anywhere and everywhere. We want trade laws that benefit working people, not corporations. And we want economic rules that raise wages, broaden opportunity and hold corporations accountable.

Nearly 20 years ago, many independent and democratic Mexican unions began an alliance with the AFL-CIO.

We’ve developed a good working relationship. We’ve engaged in important dialogue and identified shared priorities. Now we are ready to take our solidarity to the next level, turning words into deeds and plans into action.

You see, we believe no fundamental difference exists between us. We share common values rooted in social justice and a common vision of the challenges before us.

The corporate elite in the United States and Mexico have been running roughshod over working people for too long. Corporate-written trade and immigration policies have hurt workers on both sides of the border. We each have experienced the devastation caused by economic rules written by and for the superrich.

Those of us in the United States can see how unfair economic policies have destroyed Mexico’s small farms and pushed many Mexicans to make the perilous trek north or settle in dangerous cities. Many in Mexico are worried about their own families, some of whom might be immigrants in the United States today. Workers in the United States share their concern, especially as anti-immigrant sentiment has become disturbingly mainstream.

The truth is more and more politicians are exploiting the insecurity and pain caused by corporate economic rules for political gain by stoking hatred and scapegoating Mexicans and other Latin American immigrants.

We will not be divided like this. Workers north and south of the border find the idea of a border wall to be offensive and stand against the criminalization of immigrant workers. We need real immigration reform that keeps families together, raises labor standards and gives a voice to all workers.

Instead of erecting walls, American and Mexican leaders should focus on rewriting the economic rules so working people can get ahead and have a voice in the workplace. One of our top priorities is to transform trade deals like the North American Free Trade Agreement into a tool for raising wages and strengthening communities in both countries.

We’re outraged by the kidnapping and murder of the 43 students from the Ayotzinapa Rural Teachers’ College, as well as too many other atrocities to list.

America’s unions are democratic in nature and independent of both business and government, but that’s mostly not true in Mexico. A key step in ending violence and impunity in Mexico and raising wages and standards on both sides of the border is to protect union rights and the freedom of association in Mexico.

We’re united. We’re resolute. We are ready to win dignity and justice for all workers.