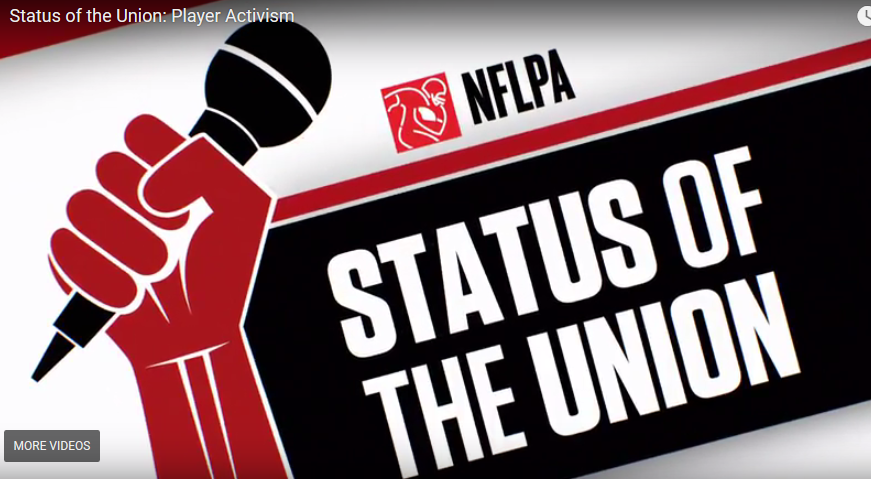 After President Donald Trump and others attacked the free speech rights of athletes, the NFL Players Association (NFLPA) responded to the president’s comments.

The peaceful demonstrations by some of our players have generated a wide array of responses. Those opinions are protected speech and a freedom that has been paid for by the sacrifice of men and women throughout history. This expression of speech has generated thoughtful discussions in our locker rooms and in board rooms. However, the line that marks the balance between the rights of every citizen in our great country gets crossed when someone is told to just “shut up and play.”

NFL players do incredible things to contribute to their communities. NFL players are a part of a legacy of athletes in all sports who throughout history chose to be informed about the issues that impact them and their communities. They chose—and still choose today—to do something about those issues rather than comfortably living in the bubble of sports. Their decision is no different from the one made by countless others who refused to let “what they do” define or restrict “who they are” as Americans.

No man or woman should ever have to choose a job that forces them to surrender their rights. No worker nor any athlete, professional or not, should be forced to become less than human when it comes to protecting their basic health and safety. We understand that our job as a union is not to win a popularity contest and it comes with a duty to protect the rights of our members. For that we make no apologies and never will.

Our players are men who are great philanthropists, activists and community leaders who stand up for each other and what they believe in.

I am extremely disappointed in the statements made by the President last night. The comments were a slap in the face to the civil rights heroes of the past and present, soldiers who have spilled blood in countless wars to uphold the values of this great nation and American people of all races, ethnicities, genders and sexual orientations who seek civil progress as a means to make this country, and this world, a better place.

The divisiveness we are experiencing in this country has created gridlock in our political system, given voice to extreme, fringe beliefs and paralyzed our progress as a nation. Divisiveness breeds divisiveness, but NFL players have proven to unify people in our country’s toughest moments and we will continue to do so now.

We will not stop challenging others on how we can all come together to continue to make America the greatest country on earth.

Wearing an @NFL uniform will not come at the expense of our first amendment right to peacefully protest as citizens. https://t.co/D7jSpssrvN pic.twitter.com/HkxvgCTViy

We will never back down. We no longer can afford to stick to sports. pic.twitter.com/Ec3Bc4qt9h

The AFL-CIO Department for Professional Employees also stated its support for the players: