House Republicans Throw Trillions of Dollars at Millionaires and Corporations, Hope Nobody Will Notice 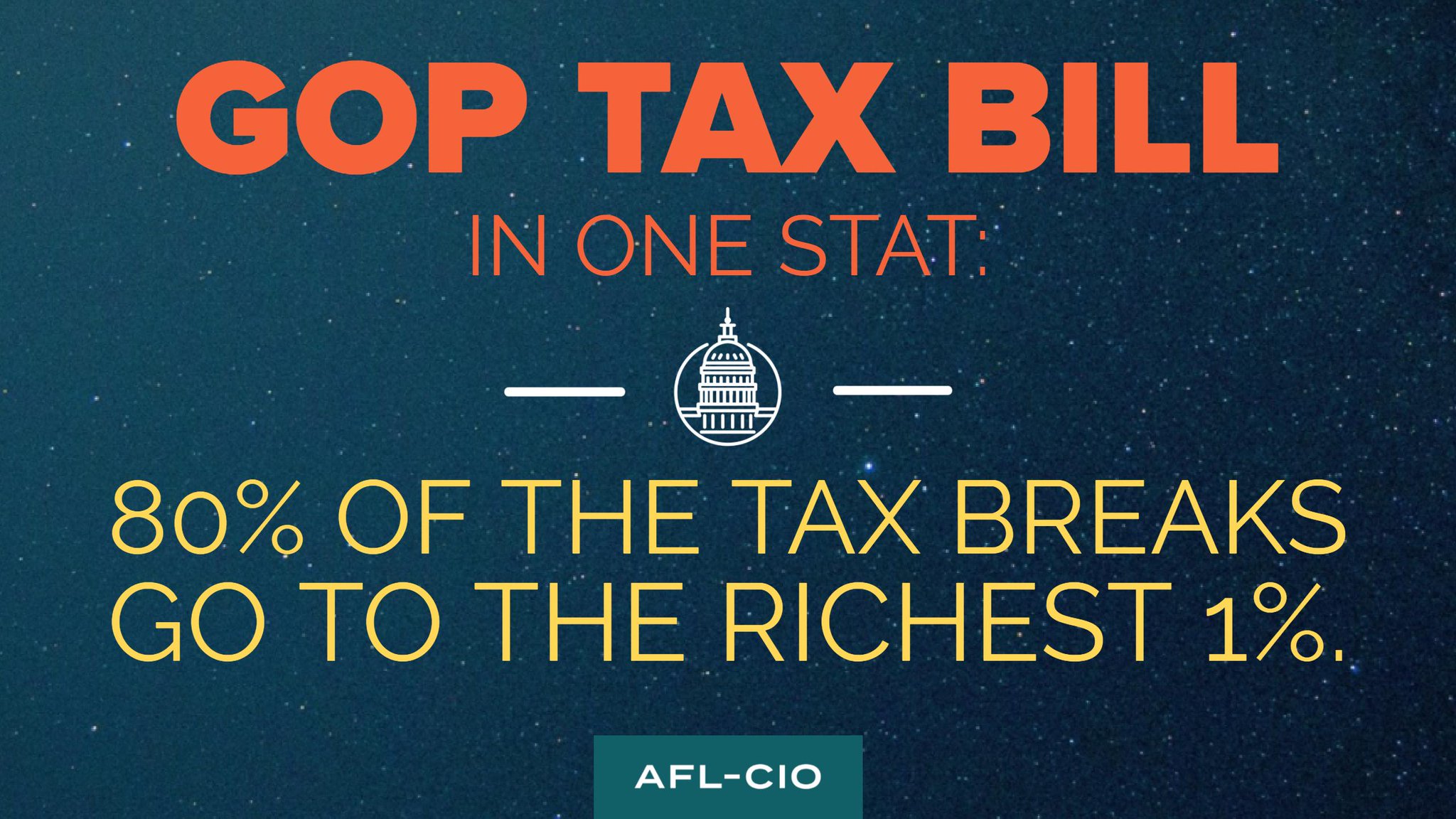 House Republicans Throw Trillions of Dollars at Millionaires and Corporations, Hope Nobody Will Notice

Congressional Republicans, knowing how much their new tax bill stinks, seem determined to ram it through Congress before the rest of the country figures out how truly awful it is.

How shockingly awful is the “Trickle Down Tax Giveaway Act of 2017” (H.R. 1)? You may want to ask your children to leave the room because the following information could be upsetting.

In short, working people would pay the price for trillions of dollars in tax giveaways to people who do not need them.

Every Democrat in the House of Representatives voted against this monstrosity of a tax bill, while 13 Republicans had the common decency to vote against it.

So what is next? The Senate will vote on its version of the “Trickle Down Tax Giveaway Act of 2017” shortly after Thanksgiving, and Republicans say they plan to pass this bill into law before Christmas.

Take action now by letting your member of Congress know that you oppose making working people pay for tax giveaways to millionaires and big corporations that outsource jobs.