Highlights from Day Three of the AFL-CIO 2017 Convention 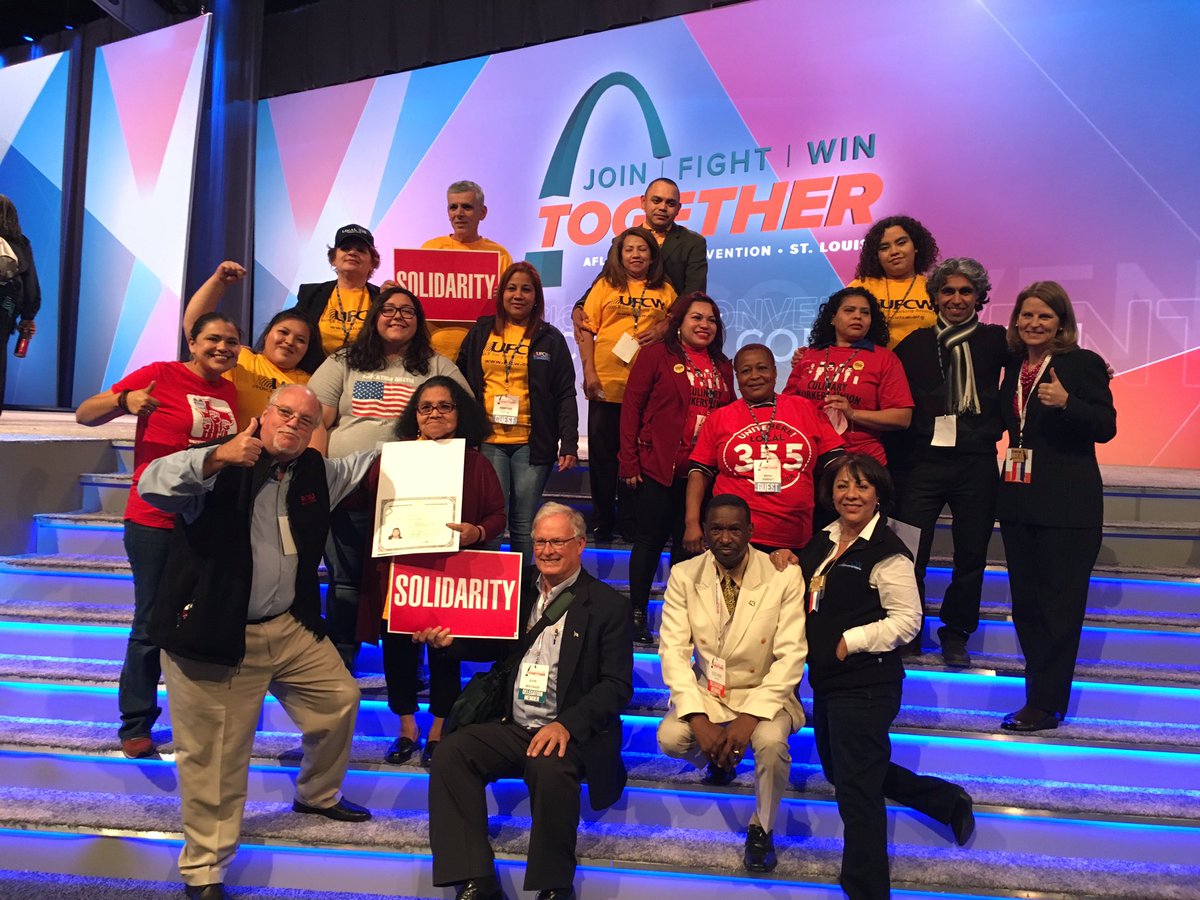 Highlights from Day Three of the AFL-CIO 2017 Convention

Policy is what shapes the economy, and too many of those policies have produced a windfall for the rich and the well-connected and doomed millions to compete for the scraps left over.

Brothers and sisters, this must end.

Our movement is the great equalizer in an otherwise cruel economy.

We will find hope and opportunity for millions of working people, not inside the major political parties, but inside our movement and our communities.

I don’t care if you’re a Democrat, a Republican, or anything in between…if you do right by us, we will do right by you.

Our support must be based on issues–not personalities and certainly not party registration.

Liz Shuler spoke on the future of work:

Shortly we will present to the Convention a resolution for the AFL-CIO to form the Commission on the Future of Work and Unions so that this important work can begin with deep sectoral analysis and a plan of attack.

Together we will embrace the urgency of this moment and ready the labor movement.

We will lift up the powerful principle…that new, different and innovative sectors of our economy and more middle class jobs…are fueled by real bargaining power and strong unions.

In this challenging time, we have an opportunity to come together to shape the future of work as an unmistakable force for broadly shared prosperity!

This conversation about the future of work is happening literally all over the world including the International Labor Organization and the World Economic Forum.

Our global partners are having the same debate and are asking the same questions. We know the decline in union density around the world is linked to growing inequality and impacts how much bargaining power we will have in the future world of work.

We have to work together more closely than ever to ensure race and gender pay gaps in so many countries are closed; that we protect migrant workers and grow sustainable jobs in a greener economy.

During the convention, the delegates approved the following resolutions:

The Future of Work Needs Strong Unions: “We hear a great deal about the future of work. Gig economy. Deprofessionalization. Temp, part-time and on-call work. Technology. Automation. Artificial intelligence. Digitization. Deindustrialization. Unfair trade policy and offshoring. While these changes and trends take hold, we are living in an era where the rich and powerful have rigged our economy against working families through well-financed campaigns to weaken workers’ bargaining power, pass perverse ‘right-to-work laws’ and use the courts as a pawn to hollow out the labor movement. If the question is how we push back these ominous trends, the answer is through strong unions.”

Check out the videos that were played during today’s plenary session:

Some Tweets from today’s sessions:

This is what international labor solidarity looks like. #aflcio17 pic.twitter.com/DUx506UCyQ

EVP @Tefere_Gebre “This is a country for all of us… we leave no worker behind” #1uWeRise #AFLCIO17 pic.twitter.com/Fpx2A28gK3

EVP @Tefere_Gebre with new American Citizens and members of unions who are proud of their new country. #AFLCIO17 pic.twitter.com/syLMz4Wm79

.@Tefere_Gebre we will fight for a path to citizenship. It is in the union DNA #AFLCIO17 pic.twitter.com/xtd6I4CNjm

The need for international solidarity is as great as it’s ever been. We must fight for social justice everywhere. #aflcio17 @RichardTrumka

Check out the highlights from day one and day two of the convention.