Highlights from Day Four of the AFL-CIO 2017 Convention 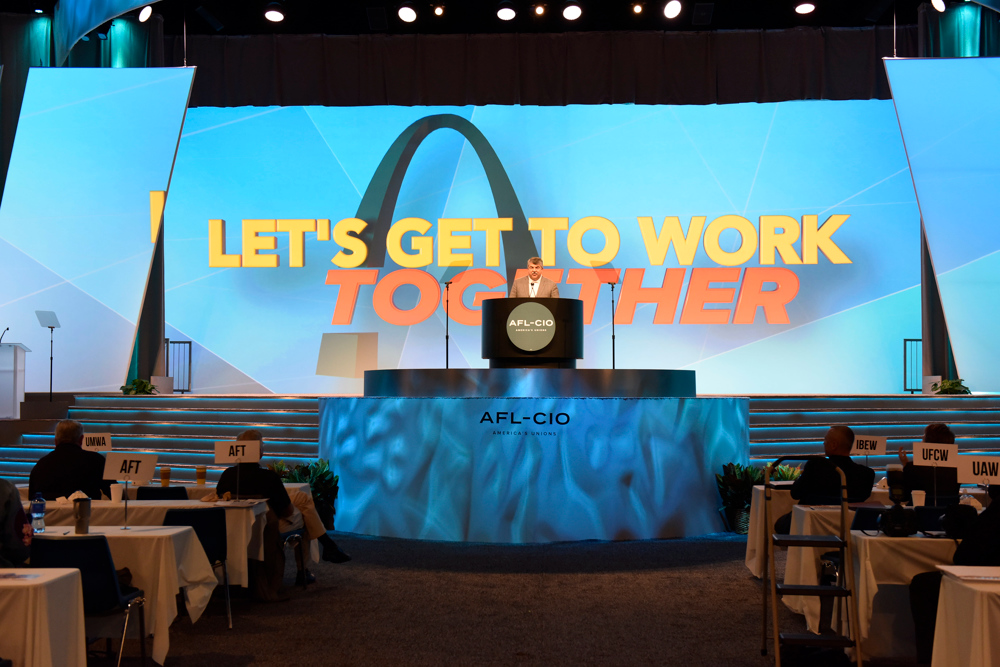 Highlights from Day Four of the AFL-CIO 2017 Convention

AFL-CIO President Richard Trumka opened the fourth day of the AFL-CIO 2017 Convention talking about the Workers’ Bill of Rights:

Sisters and brothers, working people need a bill of rights.

A collective bargaining agreement for America.

This will serve as a platform for our members to rally around. It will give prospective members a clear statement of our values. And it will provide political candidates and elected officials with a litmus test for our support.

We simply refuse to accept the reality of struggling to make ends meet in the richest country in the world at its richest point in history. And so we demand rights that ensure we are able, through our work, to lead better lives.

Read more about the Workers’ Bill of Rights and other resolutions adopted at today’s convention:

See all the resolutions that were adopted at the convention.

International Convention Guests Visit Granite City and Learn How Bad Trade Policies Affect Illinois Steelworkers: “More than 60 international labor guests attending the AFL-CIO convention in St Louis crossed the river to Granite City, Illinois, to visit the United Steelworkers Locals at the US Steel plant that has operated there for decades.”

Imprisoned KCTU President Han Honored with Human Rights Award, Global Labor Movement Calls for His Release: “At the AFL-CIO convention in St. Louis, President Richard Trumka honored the imprisoned president of the Korean Confederation of Trade Unions (KCTU), Han Sang-gyun, with the George Meany-Lane Kirkland Human Rights Award. Han has been in jail since December 2015, serving a three-year sentence for defending trade union rights and fighting back against corporate corruption and the repressive government of former President Park Geun-hye.”

Check out the videos that were played during today’s plenary session:

Watch a playlist of all the videos from plenary sessions:

Check out the highlights from day one, day two, and day three of the convention.

Watch video highlights of the convention: