Freelancers Take to Twitter to Say #EbonyOwes Them Back Pay 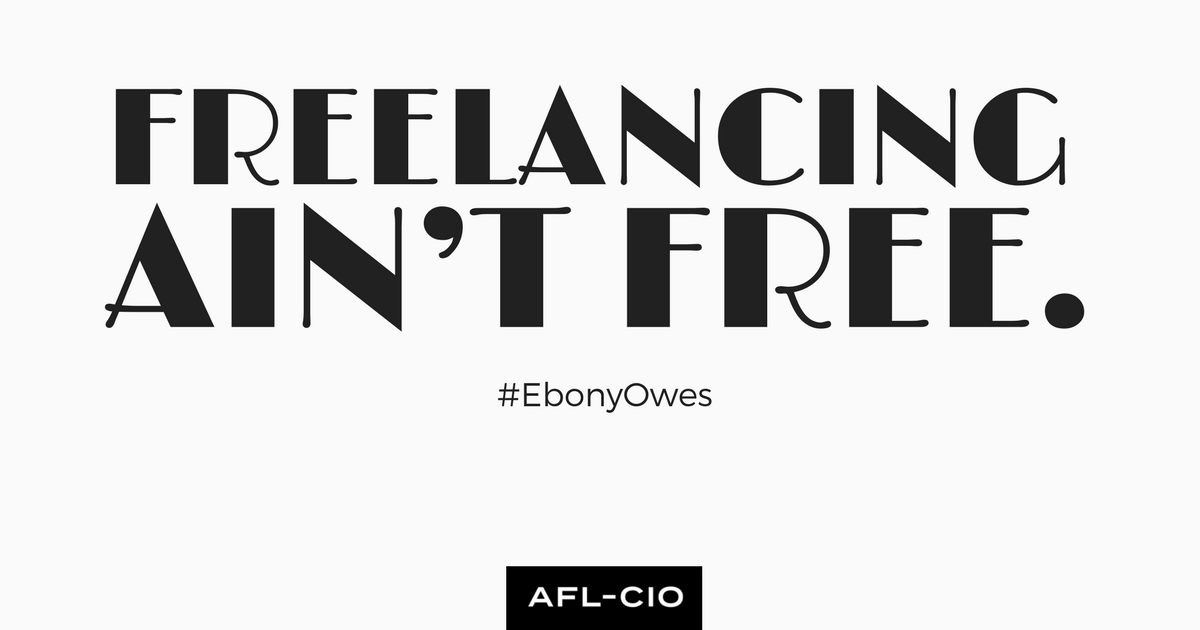 Freelancers Take to Twitter to Say #EbonyOwes Them Back Pay

Stories have surfaced in the past few weeks that Ebony owes numerous writers back pay for work they did for the magazine. A story from The Establishment spurred the #EbonyOwes hashtag into trending territory on Twitter. The article cites numerous freelance writers who say that the magazine owes them.

According to a press release, the National Writers Union/UAW Local 1981 represents 23 Ebony writers who are collectively owed more than $50,000 in unpaid wages. The union estimates that more than $200,000 in back wages are owed to as many as 50 freelancers. The magazine recently made a public commitment to fix the problem, but NWU President Larry Goldbetter said that words aren’t good enough:

Some of the invoices we’ve seen are over a year old. We are pleased Ebony Media has been responsive to the grievance, but we are now at a point where we need a payment schedule in writing. For a freelancer to have to struggle to pay rent because Ebony owes is ridiculous.

Here are some of the stories told on #EbonyOwes:

Still waiting on my $2,000 from @EBONYMag months after my work. Per my contract w/@thekylesfiles it’s 150+ days PAST DUE #freelanceisntfree

“Why Isn’t ‘Ebony’ Paying Its Black Writers?” https://t.co/gOrd6WLrGN Heh I almost wrote about this a couple of years ago. I’m still owed.

I don’t know about the race angle, but I know about Ebony failing to pay writers. The magazine owes me $1,200. https://t.co/87QVJWnSyW

Last week I shared that @ebonymag hasn’t paid or contacted me & many others. This week they blocked me. I’m not even mad. I’m disappointed. pic.twitter.com/Z9u3vBNKQf

Hey @EBONYMag I filed my story in November. It ran in February. You need to pay me. #ebonyowes

It’s #EbonyOwes story time courtesy of one of my very last experiences at @EBONYMag pic.twitter.com/jWecFD5zyP

Yep, for these pictures that I illustrated, I still haven’t been compensated. ⏰ #EbonyOwes https://t.co/VtrYE1KP3w

322 days for me and haven’t seen one dime from @EBONYMag while execs live live it up on the gram. Still disgusting. #EbonyOwes https://t.co/VnH2ZnrqeU