Federal Whistleblowers Should Be Praised, Not Punished 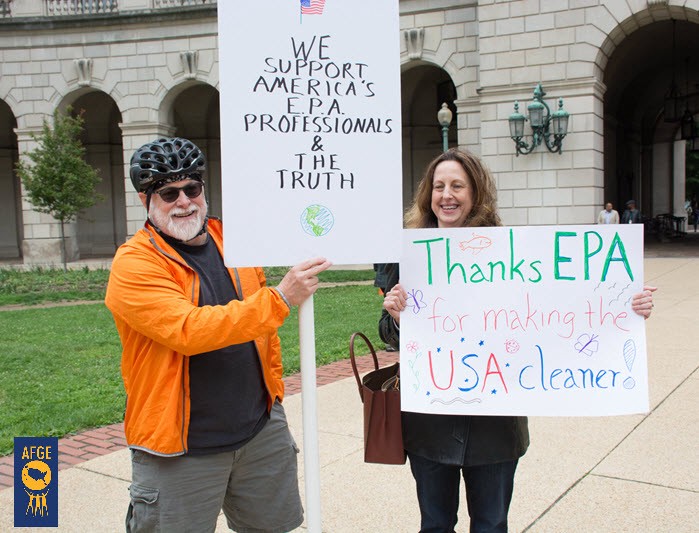 Federal Whistleblowers Should Be Praised, Not Punished

Without federal whistleblowers, the Watergate scandal that led to the resignation of President Richard Nixon might not have come to light. We might never have discovered the FBI’s failure to follow up on evidence about terrorist plots before the Sept. 11 attacks. And the waitlist scandal that resulted in veterans being denied timely access to medical care might have remained a secret.

As those three examples illustrate, federal workers serve as a vital watchdog against waste, fraud, abuse and mismanagement occurring in our government agencies.

Every civil servant takes an oath to support and defend the Constitution—and that includes ensuring that our taxpayer dollars are spent wisely and to the benefit of the American people.

That’s why the current war on whistleblowers being waged by President Donald Trump and others in his administration is not only disgraceful, but downright dangerous to our democracy.

We have a right to know that Trump administration officials have ordered U.S. Department of Agriculture employees to stop using terms like “climate change” and “greenhouse gases”—since it could be a deliberate attempt to discredit scientific evidence that humans are contributing to our warming planet. But without USDA staff sharing those conversations with the press, we might still be in the dark.

We should know why the Department of the Interior has involuntary reassigned about 50 senior career employees to other jobs—including a scientist who was moved to an accounting office after speaking publicly about the danger that climate change poses to Alaska Native communities. But we wouldn’t know about it at all if that scientist didn’t step forward.

It’s in the public interest to know that Scott Pruitt, administrator of the U.S. Environmental Protection Agency, is pushing to undo dozens of environmental regulations—largely without the input of the agency’s scientists and other career employees. Yet, we wouldn’t know the scope of this regulatory rollback if EPA employees didn’t come forward.

Federal employees have a right—and even an obligation—to speak out on issues that affect taxpayers and citizens. And by the same token, journalists are just doing their job when they reach out to federal workers for information on the activities of political appointees.

Obviously, there are instances where disclosures may be inappropriate, like when the information is classified or would jeopardize our national security. But those are the exception, not the rule.

Attorney General Jeff Sessions thinks whistleblowers should be prosecuted—and he’s devoting lots of taxpayer dollars to go after them. He attempts to demonize these brave patriots by referring to them as “leakers.” He even says that the number of disclosures is “undermining the ability of our government to protect this country.”

That’s ridiculous. A free and open press is one of the fundamental tenents of our democracy. So is having a non-political civil service that’s beholden to taxpayers, not their political bosses.

Whistleblowers aren’t the problem. But the White House’s preoccupation with them certainly is.