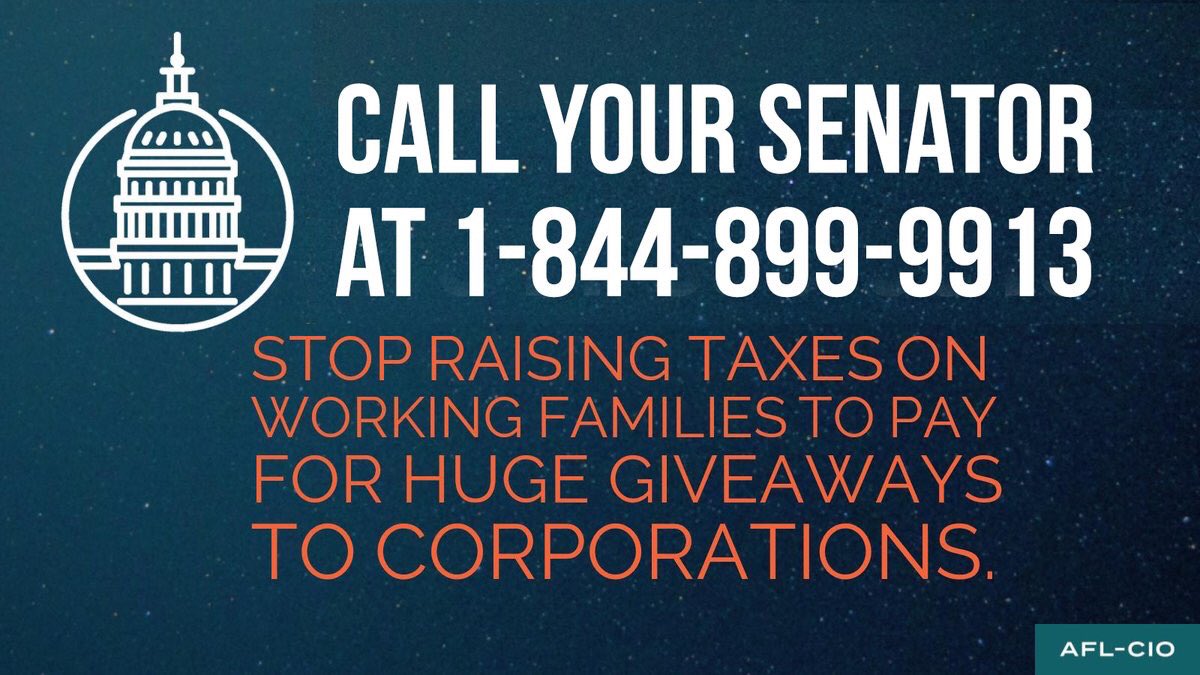 Republican leaders in the U.S. Senate have proposed a job-killing tax plan that favors the super-rich and wealthy corporations over working people. We cannot afford to let this bill become law.

Here’s why this plan is a bad idea:

Republican tax and budget plans would make working people pay the price for wasteful tax giveaways by sending our jobs overseas; killing jobs in infrastructure and education; raising our taxes; increasing the number of uninsured; and cutting the essential public services we depend on.