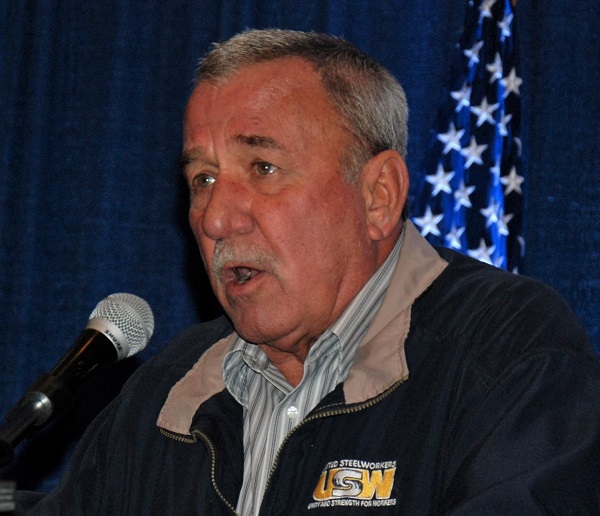 When Ronald Reagan ran for president in 1980, the Republicans put out a TV commercial in which a union guy said Reagan was for working stiffs like him.

Unions warned that the far-right-wing Reagan was notoriously anti-union. “A union member voting for Ronald Reagan would be like a chicken voting for Col. Sanders,” said a sign in a Paducah, Kentucky, union hall.

In his first year in the White House, Reagan busted the Professional Air Traffic Controllers Organization (PATCO) union. He went on to be the most anti-union president since Republican Herbert Hoover.

Reaganomics—warmed over 1920’s Republican “trickle down” economics, which caused the Great Depression—pushed the unemployment rate above 10% by the mid-term elections in 1982. Not surprisingly, Reagan was sagging in the polls. The jobless included the union guy. He made a commercial for the Democrats—for free, he said—and apologized for voting for Reagan.

Last year, unions warned that Trump was anti-union. He even said on the campaign trail that he preferred “right to work” states to non-right to work states.

Like Reagan, Trump claimed to be the blue-collar, lunch-bucket candidate. Like Reagan, his rhetoric didn’t square with his record.

A Roper poll revealed that 43% of union households voted for Trump. A year into his presidency, Trump’s poll numbers are at a historically low ebb. Buyer’s remorse seems to be rising in union ranks, too.

Broken promises are bad enough. But President Trump has also used his office to actively hurt working people. He has joined with corporations and their political allies to undermine the right of workers to bargain collectively. He has taken money out of our pockets and made our workplace less safe. He has divided our country, abandoned our values and given cover to racism and other forms of bigotry.

Chuck Jones agrees with Trumka. He’s the feisty former president of United Steelworkers (USW) Local 1999 at Carrier Corp. in Indianapolis. Many working people voted for Trump “based on his commitments and his promises to keep jobs here in this country,” Jones told Chris Matthews on his “Hardball” MSNBC show. “I wasn’t one of them, but a lot of our folks were.”

Jones has been going after Trump for months. He doesn’t mince words.

“I think everybody ought to respect the president of the United States and the office he holds,” The Huffington Post quoted him. “But Donald Trump is a liar and an idiot.”

Jones added that the president is “a pure and simple con man…and I’m sorry people bought into his message. He sold us a bag of s—t, and now we’re stuck with it.”

In a Nov. 29 Washington Post op-ed article, Jones wrote that “Beyond Indiana, workers across the country feel like they too are victims of a false Trumpian bargain, in which they were invited to trade their votes to keep their jobs. In fact, according to new research conducted by Good Jobs Nation, more than 91,000 jobs have been sent overseas since Trump was elected, the highest rate of jobs lost to outsourcing in five years.”

In any event, polls suggest the Democrats are cruising to a big win in November, which they hope would presage a Trump defeat in 2020.

Nonetheless, in 1984, Reagan was re-elected, and he won 46% of union households, according to another Roper poll. The Democrats lost 16 House seats but added two Senate seats.

At any rate, Trump will probably maintain most of his white nationalist and ultra-conservative base. But it’s hard to imagine him winning back the independents and swing voters he’s losing in droves.

Recapturing voters like a Carrier employee—a military veteran and a mother who lost her job—would seem like mission impossible for the president. She poignantly tells her story in a video posted on the “I Regret Voting for Donald Trump in 2016” Facebook page:

That’s right, I did. I voted for Trump. I drove in the pouring rain to vote for Trump. I believed him when he came to Indianapolis and said, ‘We’re not gonna let Carrier leave.’ I was not alone. Hundreds of workers desperately wanted to believe him. I now feel betrayed. I feel angry, and I feel forgotten.