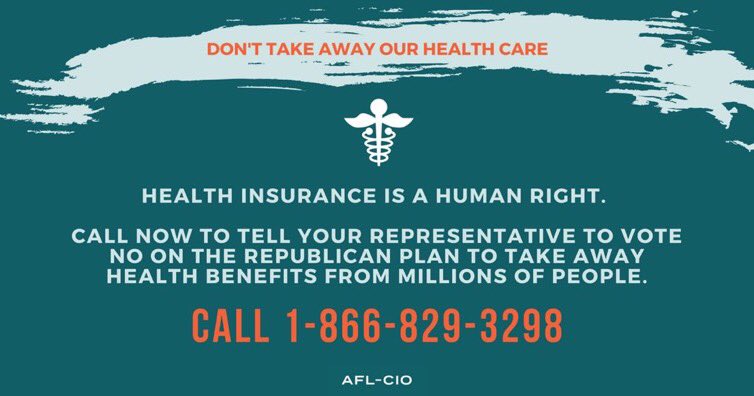 Public opposition to Republican plans to repeal the Affordable Care Act has been overwhelming. Americans have flocked to town halls across the country to speak out against these plans. Poll after poll shows that Americans don’t want their health care taken away by Republicans who know that their own legislation is so bad that they are trying to exempt themselves from it. They claim they have a new plan, but the new one is even worse than the old plan.

The latest version of the Republican health care repeal plan will:

Call your representative today at 866-829-3298 and tell them to vote NO on this desperate attempt by the GOP to make health care worse for Americans while enriching the few.