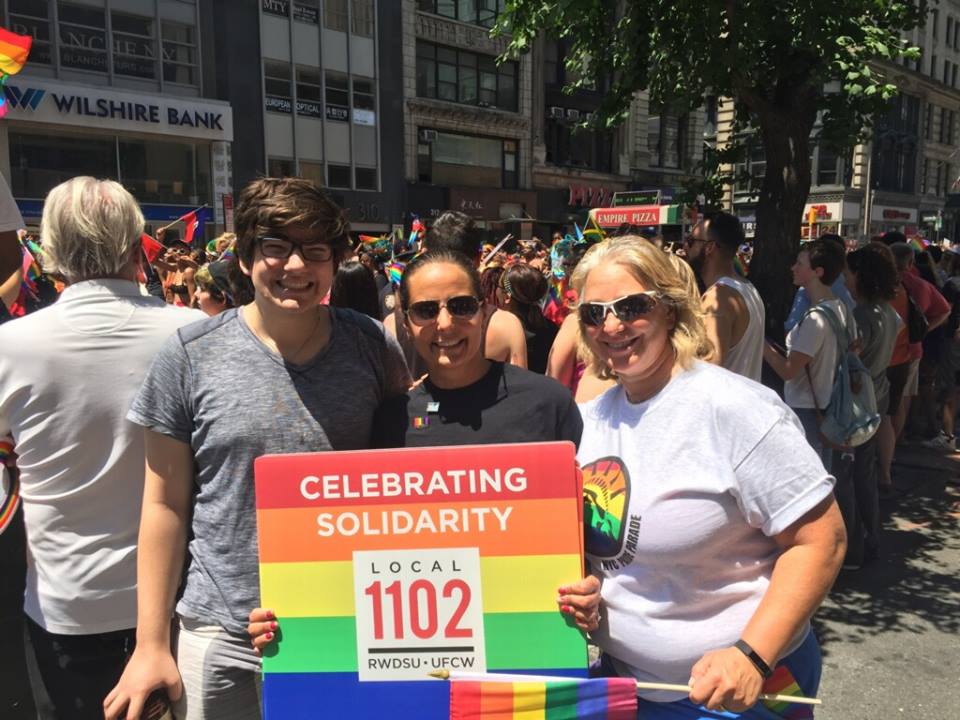 While the past several years have been full of major victories for the LGBTQ movement, there are still many battles to be won. In the past several years, the work of the LGBTQ movement’s opposition has turned to so-called religious freedom exemption laws. Notable examples of these laws and their backlash had been seen in states like Indiana (Senate Bill 101), under then-Gov. Mike Pence.

This issue is especially poignant again. The Supreme Court will hear a case from a baker in Colorado who refused service to LGBTQ customers. These religious exemption laws allow businesses to discriminate against LGBTQ people by refusing to provide goods and services based on the owners’ religious beliefs. More alarmingly, public officials, such as law enforcement and those who issue marriage licenses, also would be allowed to deny service to LGBTQ people.

These laws, which are clear violations of constitutional equal protection, claim to protect religious freedom for those of faith.

For the past six weeks, I have been interning with Pride At Work (P@W) through a program with the Religious Action Center of Reform Judaism (RAC). The RAC is the governmental advocacy arm of the Reform Jewish community, the largest denomination of Judaism in the United States. It fills a unique space in Washington as one of few largely progressive religious voices in Washington. My experiences with the Religious Action Center and Reform Judaism have proven to me that there is not one singular, anti-LGBTQ religious voice; religion also can be a force to include, celebrate and protect LGBTQ people.

I came to work in the labor movement on a very different path then most. My work at P@W stems from my passion for LGBTQ equality. Before working here, I knew very little about the labor movement, its history or its present. Upon arriving in the halls of the AFL-CIO, I learned that the labor movement and the civil rights movement are one and the same, exemplified in leaders for social justice like A. Philip Randolph and Bayard Rustin. Pride At Work was founded with this same belief, that the fight for the rights of working people and fight for the rights of all other marginalized groups are inherently linked.

The work I am doing here in Washington, D.C., this summer is at the intersection of three forces working for a more just society: my religion, the LGBTQ movement and the labor movement.

Reform Judaism, as the other Abrahamic religions (Christianity and Islam), teaches of the intrinsic equality of all people. All were created, “in the image of God,” according to Genesis 1:26-28. There is a religious imperative to ensure the equality of all people regardless of their gender identity or sexual orientation because all people are created as a reflection of the Divine. The Religious Action Center writes that, “Each of us, created in God’s image, has a unique talent, with which we can contribute to the high moral purpose of the repair[ing] of our world.”

Because of my faith’s teachings on the equality and sacredness of all people, and the creeds of equality pushed for by both the LGBTQ and labor movements, this point is where the fight to oppose religious exemption legislation has a moral imperative. Religious exemption laws are not only bad for the LGBTQ community; they are bad for working people, as well as the actual religious freedom guaranteed by the Constitution.

These so-called religious freedom laws are a direct affront to religious freedom in the United States. This country was founded with the principle of protecting the government and religions from each other’s dominance and infringement. These laws overstep the constitutional limitations placed on the government by the First Amendment and directly contradict the protections ensured for all people by the 14th Amendment. The Religious Action Center stated that, “Unlike needed federal religious liberty protections, the Indiana bill, like other state bills pretending to protect religious freedom, is in reality opening the door to discrimination against minorities and vulnerable populations. We can and must safeguard religious freedom without trampling on the rights of LGBT Americans and other communities in need of protection.”

We must all put our differences aside and fight to oppose the proposition and passage of religious exemption laws in all states and on a federal level. The labor movement needs to unite with people of faith and the LGBTQ community because these laws are bad for all three of these groups—and indeed everyone.

So how will we do this? Ensuring that we are allies to all who fight for equality and truth is vital to furthering our own causes. Intersectionality and diversity are the keys to coalition building. We must promote these principles in all aspects of our work and lives. Labor unions and religious institutions need to stick up for the rights of LGBTQ people, and the LGBTQ movement needs to stick up for the right of working people because, “an injury to one is an injury to all.”

When I return to my studies in Massachusetts this fall, I will ensure that my work and the work of the groups I partner with are being good allies. I will take the positive example of allyship working at its best, as exemplified by the work of Pride At Work and the Religious Action Center, and apply these principles to the work I do with organizations like my school’s interfaith dialogue and social justice club.

What will you and your organization do to be a good ally and oppose religious exemption laws in your own constituency?

Andrew Schloss is an intern with Pride At Work, where this post originally appeared, through a partnership with the Religious Action Center of Reformed Judaism.