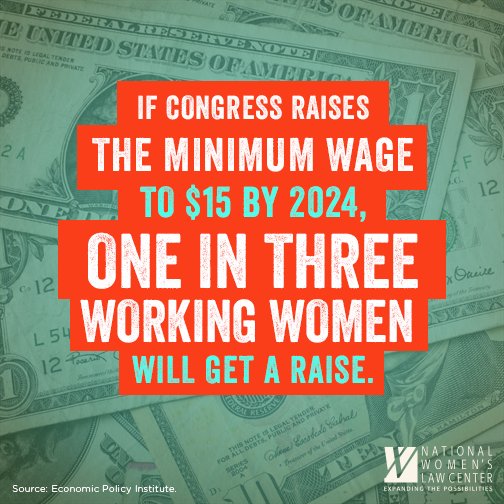 2. Another 19 million workers would see raises as employers would raise the wages of employees making more than $15 in order to attract and retain more experienced workers.

3. The increase would erase decades of erosion in the value of the real minimum wage. By 2019, the minimum wage would pass the inflation-adjusted high point of 1968.

4. Increasing the minimum wage to $15 would generate $144 billion in additional wages by 2024, money that would overwhelmingly be directly reinvested in the economy as lower-paid workers spend most of the extra earnings. This spending would increase business activity and lead to job growth.

5. The increase would overwhelmingly go to adult workers, most of whom work full-time, and many of whom have families. The average age of the affected workers would be 36 years old.

6. The benefits of the increase would disproportionately affect women, people of color and single parents.

7. The increase would raise wages for the parents of 24% (19 million) of U.S. children. The workers with families—defined as a worker with a spouse or a child in the home—who would benefit, on average, provide 63.8% of their family’s total income.

8. Indexing the minimum wage to median wages will make sure that future growth is shared across the economic spectrum, preventing growth of inequality and improving living standards in the United States.